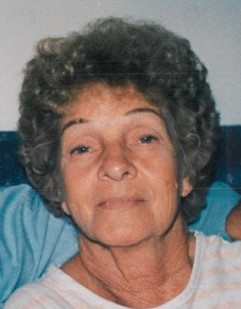 Wilma was born October 9, 1926 in Herrin the daughter of Waldon Floyd and Tessie Lou (Sizemore) Davis.  She was married to Robert Triplett.  In 1967 she married Joe Sekardi, he preceded her in death on November 10, 1992.

She was a member of Community Chapel of Marion.  Wilma retired from Allen Industries.

She is survived by her: Daughter – Frances Wolf-Norman and husband George Bush of Marion

Funeral services will be Wednesday, July 14, 2021 at 1 pm at Johnson-Hughes Funeral Home with Rev. Don Colson officiating.  Burial will follow in St. Andrews Cemetery in Christopher.  Visitation will be Wednesday from 11 am until the time of service at the funeral home.

For additional information or to sign the guest memorial register please visit www.hughesfuneralhomes.com.

To order memorial trees or send flowers to the family in memory of Wilma Sekardi, please visit our flower store.