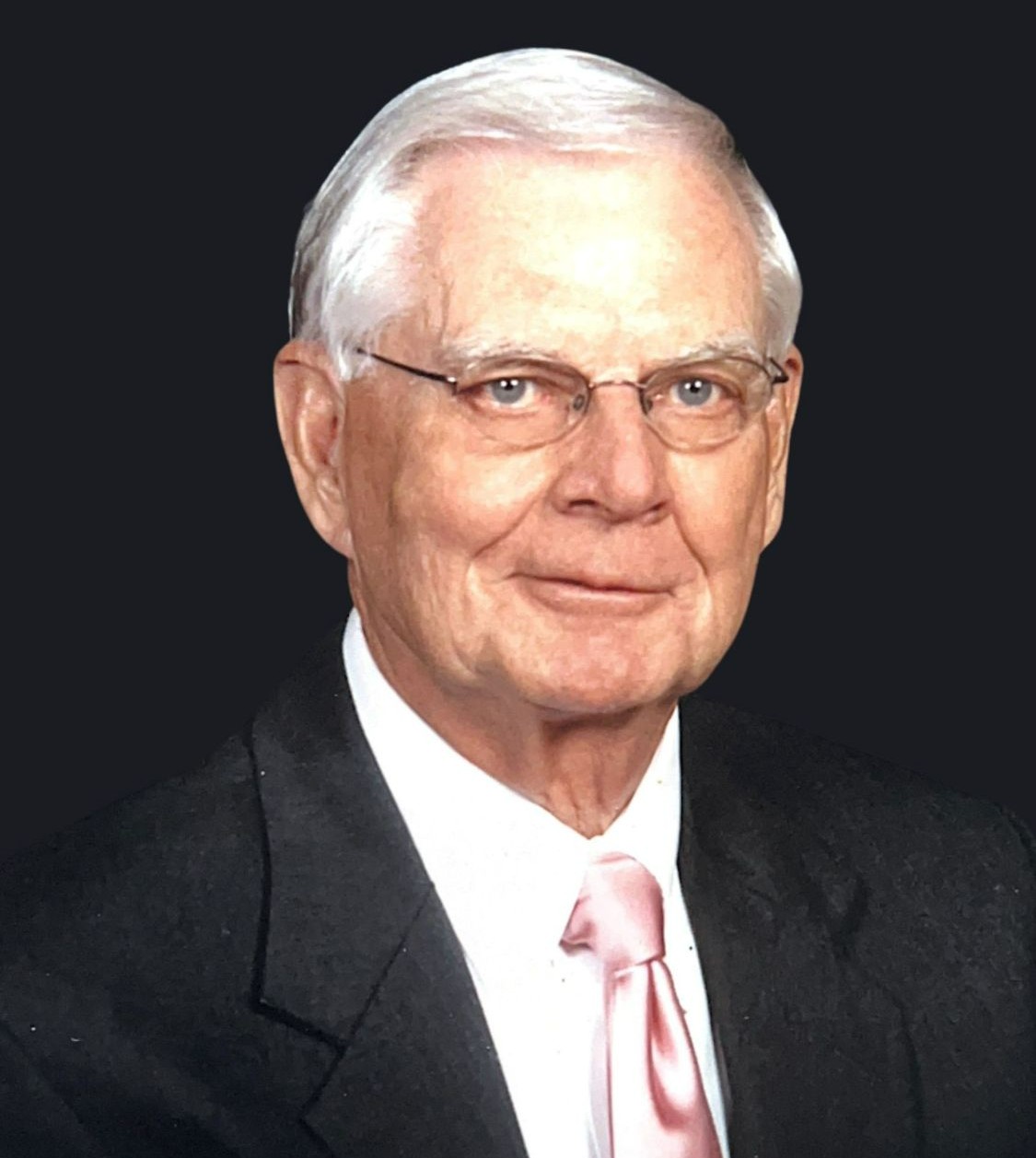 Bill was born March 11, 1932 in Mulberry Grove, Illinois, a son of Howard and Hazel (Terry) Cook. He married Donna J. Sussenbach on August 31, 1957 in Greenville, Illinois.

Bill joined the US Army from 1952 - 1954 during the Korean War. He was a Greenville University graduate in Business Administration. He began career as a teacher and Principal at Mulberry Grove Schools in Mulberry Grove, Illinois. He later began a career with the Federal Deposit Insurance Corporation, ultimately becoming a Field Office Supervisor for a region which included the southern Illinois area, moving his family from Litchfield Illinois to Marion, Illinois in 1973. He left the FDIC after 19 years of service when he and other local investors founded a multibank holding company known as Banterra Corp. He played a vital role in the company’s early formation, as the company acquired numerous local banks building the early foundation for that company today. He later moved in another direction and with other investors, structured the first FDIC assisted purchase of a troubled bank located in Harrisburg, Illinois. This was the first such acquisition in this manner in the country at that time. Under his leadership, the bank became a high performing bank and the group later sold to Old National Bank. Bill served as President and Chief Executive Officer and member of Board of Directors of several community banks throughout his career.

He was a long time active member of Aldersgate United Methodist Church in Marion, serving in numerous leadership positions over his nearly 50 year membership. He was selected to the Athletic Hall of Fame by Greenville University for his overall athleticism and his uncanny ability to score and rebound. His jump shot remains legendary at Greenville. He was a prior member of the West Frankfort and Harrisburg Rotary Clubs and lifelong supporter of Greenville University, assisting with fund raising efforts, he also served as a lecturer on Campus for many years. He was a strong supporter and active member of the Fellowship of Christian Athletes. He was a Founding Member of the Marion Unit #2 Foundation Board.

To say he was an avid golfer wouldn't be enough. He was a notch above that, he played golf every opportunity that he could, always working on the swing, He also played basketball in adult leagues until he was in his 50’s. He loved sports, he was a competitor. He pursued these interests while never neglecting his family.

He loved Cardinal Baseball and followed it religiously throughout his life. He had an amazing sense of humor. Known for his sharp, dry wit, many of his classic witty remarks are legendary with family and friends. He always sought out the humor in any situation and enjoyed talking with people, friends and strangers alike.

He was a Christian, he not only read the bible multiple times in its entirety, he studied it and worked to understand the Word better. He attended services faithfully, not just to be there, but to learn, worship and grow his faith, often throwing in some humor while discussing the more challenging biblical topics. Beyond his faith, his family was the absolute center of his life. The love of his life, Donna, whom he shared 56 years with before her death, his children and his pride and joy, his 6 grandchildren. He loved his family and was engaged in their lives. Supporting them in all of their interests, he rarely missed a dance recital, a soccer game or a basketball game or a baseball game or any school activity for that matter.

Memorial contributions may be directed to the Aldersgate United Methodist Church or to Greenville University for a Scholarship to be named by the family.

To order memorial trees or send flowers to the family in memory of William E. Cook, please visit our flower store.