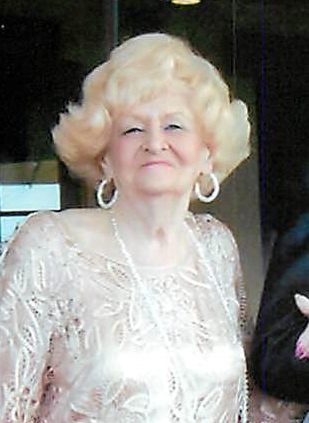 Herrin- Vera Lenora Fowler, age 88, of Herrin, passed away at 2:37pm on Tuesday, May 23, 2017 at Herrin Hospital. Vera was born on January 29, 1929 in Blairsville, Illinois to the late Ruby (Snider) and Adolph Welch.  She joined Bert G. Fowler in marriage on July 22, 1949 in Hurst, Illinois. He preceded her in death on December 30, 2003. Vera worked at Sangamo Electric and Southern Illinois University, but Vera’s true calling came later. She retired from the Illinois Department of Employment Security after thirty-five years of service. She appreciated each of her co-workers that became her extended family. Retirement was never a deterrent to continued relationships with her “family” and Vera lovingly looked forward to gatherings that included luncheons and various excursions. She felt a strong commitment to the folks she served during work hours and was tenacious in her efforts to assist them during unfortunate times. Many of her clients have remained friends throughout the years. Vera sought the best in everyone. She spent her life devoted to adding bright spots to those that needed uplifting and attempted to show appreciation to those that often went unnoticed. She is survived by her nephew, Kendell (Lu) Welch of Mahomet, Illinois, two great nephews- Kirklin (Keri) Welch and Kendell Welch II, a great niece-Kristin (Jose) Gonzalez, and a great great nephew- Joshua Gonzalez. She is also survived by Roxanne (Dwayne) Brewer-Coffey of Herrin who has always referred to her both as aunt and as mom. Numerous exceptional friends and valued neighbors who touched her life should be left with the memories that she cared deeply and appreciated all they contributed to her daily. Special thanks go to Daredan Lampley, Larry and Linda Field, and Annie Vaughn for their love throughout the years. She was preceded in death by her parents, husband, brother- Adolph “Junior” Welch, and her special friend- Don Sheffer. Funeral services for Vera will be held at 3:00pm on Sunday, May 28, 2017 at Johnson-Hughes Funeral Home in Herrin with Pastor Jason McKinnies officiating. Burial will follow at Blairsville Cemetery, where she will be interred beside her beloved husband. A time of visitation will be held from 1:00pm-3:00pm on Sunday at Johnson-Hughes Funeral Home. For those who prefer, memorial donations may be made to the Blairsville Cemetery Association. Envelopes will be available and accepted at Johnson-Hughes Funeral Home; 201 S. 13th Street; Herrin, IL 62948.  For more information, or to sign the memorial guest register, please visit www.hughesfuneralhomes.com
To order memorial trees or send flowers to the family in memory of Vera Lenora Fowler, please visit our flower store.