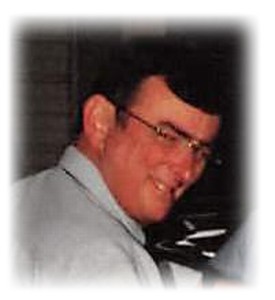 Stephen B. Tietz, 73, of Creal Springs, passed away on Monday, February 27, 2017 at 8:27 pm at St. Mary Hospital in Centralia.  Stephen was born June 17, 1943 in Chicago the son of Donald R. and Carolyn (Miller) Tietz.  He married Janie Simpson on January 29, 1965 in Crawfordsville, Indiana and together they have shared over 52 years of marriage.  He retired as Vice President of Rend Lake College.  Stephen taught Literature and was an avid reader, especially anything science fiction.  In his spare time he enjoyed being a model railroader, building everything from scratch.  Survivors include his; Wife – Janie Tietz of Creal Springs Daughter – Julia Bizzell and husband Eric of Beecher City Two grandchildren;   Davian Bizzell of Beecher City   Alivia Bizzell of Beecher City Sister-in-law – Janet Jensen of Denton, Texas  Preceded by his Parents.  In accordance with his wishes he will be cremated. An informal celebration of Steve’s life will be held for family and friends on Friday, March 10th from 5 – 7 pm  at 7861 Stonefort Road, Creal Springs.  Mitchell-Hughes Funeral Home in Marion is assisting the family with arrangements.  Memorials are suggested to St. Mary’s Hospital in Centralia.  Envelopes may be mailed to Mitchell-Hughes Funeral Home, 800 North Market Street, Marion, IL  62959.
To order memorial trees or send flowers to the family in memory of Stephen B. Tietz, please visit our flower store.