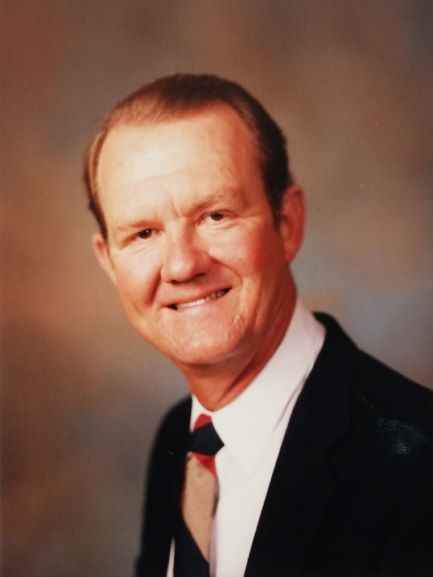 Gordon was born in Marion on March 9, 1935, to Richard and Elsie (Stratman) Lambert. He married Jo Ellen Ray of Goreville on November 9, 1963, and together they shared more than 57 wonderful years of marriage. She survives in Marion.

Gordon was a lifelong member of the Community of Christ Church in Marion, where he was ordained at age 17 as a lay minister and later served as pastor for nearly two decades.  Gordon’s nearly 70 years of ministry reached far and wide, providing guidance, comfort and a calming presence to those often found themselves dealing with the struggles of life, regardless of their beliefs, status, or station in life.

Gordon was a stand-out athlete at Marion High School, where he captained the MHS basketball and baseball teams, and also quarterbacked the football team.  Offered a free agent baseball contract by three Major League Baseball teams out of a high school, he instead chose to play basketball and baseball for the Salukis at SIU.  Gordon also played semi-pro baseball after college, his left-handed curve ball causing fits for hitters who faced him.

From 1957-59, Gordon served his country in the U.S. Army at Fort Leonard Wood. He then obtained his law degree from the University of Illinois in Urbana-Champaign. Gordon passed the bar and married Jo Ellen in the fall of 1963. He immediately joined legendary trial attorney, Ralph Harris in Marion, forming the law firm of Harris & Lambert.

Gordon is perhaps best known for being the most formidable plaintiff’s attorneys in Southern Illinois, shattering previous verdicts in the area. His peers honored him with a nomination to the American College of Trial Lawyers, an honor bestowed on few attorneys. No case was too insignificant for Gordon’s full attention and energy, earning him the respect of his opponents, clients, and the local judiciary. Many considered Gordon to be a real-life Atticus Finch, both in his professional and personal life, as he embodied the traits of honor, integrity, and morality.

He was preceded in death by his parents.

A private graveside service for immediate family only will be held at Cana Cemetery in Goreville, with Dr. Gordon Rhine officiating. Due to the current pandemic, a public memorial service will be announced at a later date.  Mitchell-Hughes Funeral Home is assisting the family with arrangements.

To order memorial trees or send flowers to the family in memory of Richard Gordon Lambert, please visit our flower store.