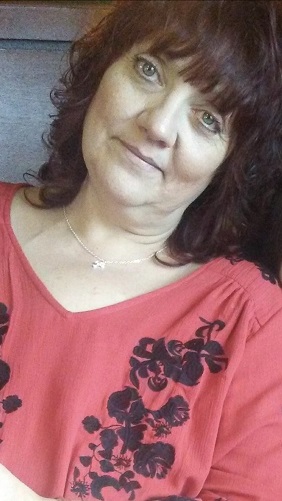 Rhonda Jo Triplett, of Herrin, IL, lost her battle to breasts cancer and passed away peacefully at Herrin Hospital, surrounded by her loved ones, on February 08, 2019. Rhonda was born to Paula Jo Severs (Dunning) and Garry Curtright on October 4, 1969, she was raised in Herrin, Illinois by Paula and stepfather Danny Severs. Rhonda was a joyous, loving person who enjoyed playing bingo, watching tearjerkers, and spending time with her grandchildren. She was full of life and gave a two year fight to her cancer struggle.
She is survived mother Paula and father Garry, brother David Severs and wife Lorean Severs, sister Robin Greeney and husband Jim Greeney, brothers Lance and Nicholas Curtright, 6 children, twins Jacob Triplett and Kaleb Triplett, Kaleigh Ramsey, Zachary Morris, Jaycee Morris, and Jeremy Morris, 3 granddaughters Kennady Ramsey, twins Sydney and Journey Pyles, and 1 grandson Wyatt Wells, as well as nieces and nephews Derek, Casey, Dusty, Shawn, Tyler, Aidan, Landon, and Avery, and grand nieces and nephews Trevor, Courtney, Maci, Hadley, and Serenity. She is also leaving behind several beloved extended family members and dear friends.
She is preceded in death by stepfather Danny Severs, sister Tara Skelton, and niece Brittany Curtright.
Rhonda will be sorely missed by everyone who knew her.
Funeral services will be held at 12pm on Wednesday, February 13, 2019 at Johnson-Hughes Funeral Home in Herrin with Rev. Don Colson officiating. A time of visitation will be held from 10am-12pm on Wednesday at Johnson-Hughes Funeral Home in Herrin. For those who prefer, memorial donations may be made to the family, in care of Johnson-Hughes Funeral Home to help with funeral expenses. Envelopes will be available and accepted at Johnson-Hughes Funeral Home; 201 S. 13th Street; Herrin, IL 62948.
To order memorial trees or send flowers to the family in memory of Rhonda Jo Triplett, please visit our flower store.