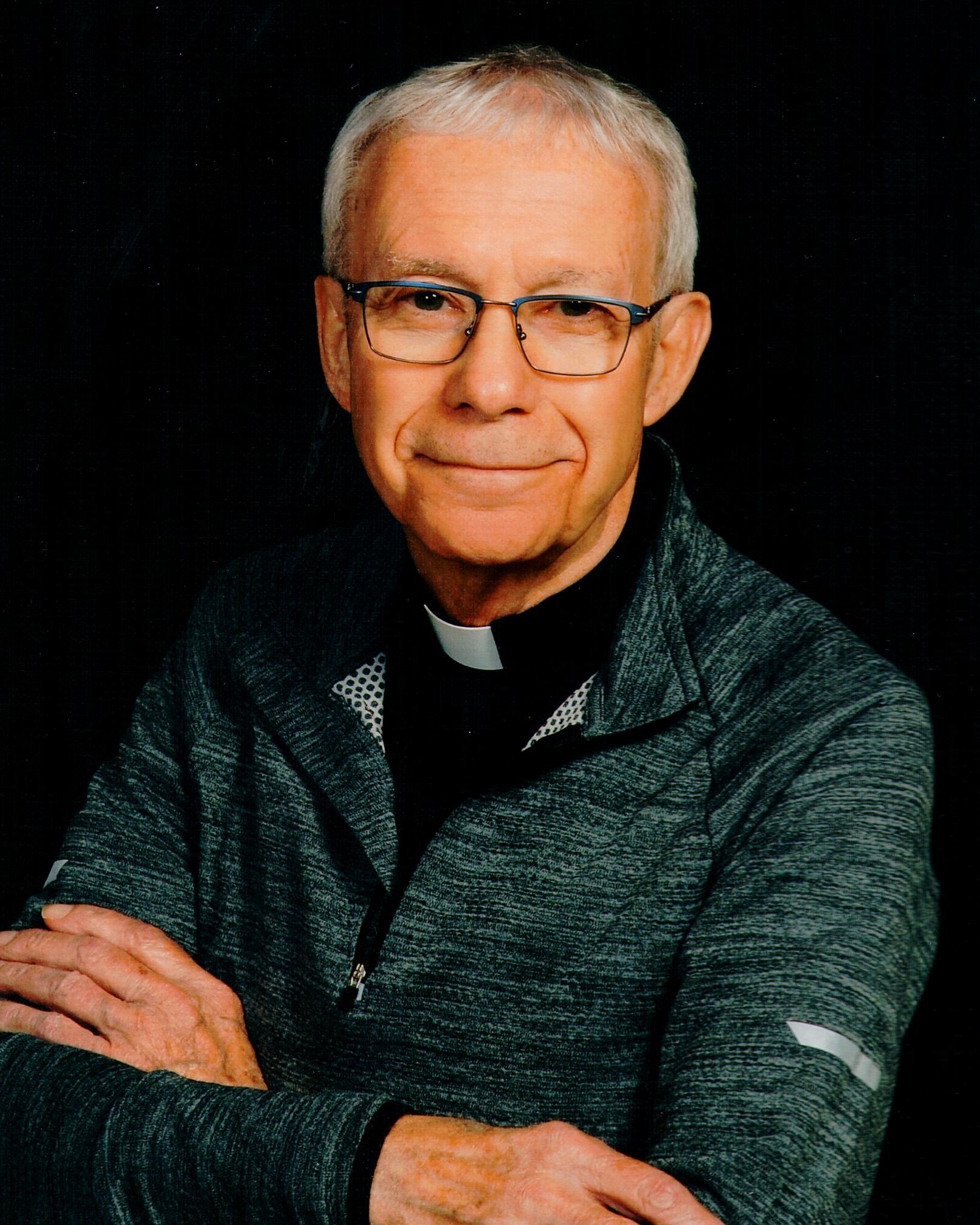 The Reverend Richard G. Mohr, went home to the Lord on March 3, 2020, after a lengthy and well fought encounter with cancer.

He was born on July 13, 1941, to Dr. George and Helen Mohr in Kansas City, Missouri, and was raised in Pinckneyville, Illinois. His journey to the priesthood began at St. Henry’s Preparatory Seminary in Belleville, Illinois and he went on to advanced studies at Immaculate Conception Seminary, Conception, Missouri, and at The Catholic University of America, Washington, DC.  Father Richard was ordained to the Catholic priesthood on May 13, 1967.

Throughout his priesthood, Father Richard served many parishes and communities throughout the Diocese of Belleville, including in East St. Louis, Belleville, Modoc, Lively Grove, Coulterville, Breese, Marion, Johnston City and Carterville.  As a dedicated servant to six Bishops, he also filled many roles, including as a teacher at Althoff Catholic High School and as Co-Director of the Diocesan Communications Commission. While in service in Marion, he provided pastoral services at the U.S. Penitentiary and the VA Medical Center.

Known as “Dick” to family members, he was the oldest of seven siblings.  He was preceded in death by his parents, his brother Paul Mohr and his sister-in-law Debbie Mohr.  He is survived by his sisters and their spouses - Barb Umbdenstock (Rich), Theresa Svanda (Gary), and Loretta Mohr (Larry Klein), and by his brothers and spouses Steve Mohr (Deb) and JJ Mohr (Kelli). Dick presided at family weddings, funerals and baptisms, and had a special place in his heart for his six nieces, four nephews, ten great nieces and seven great nephews.

The Mohr family will be forever grateful for all of the love and support given to Father Richard over the years by the Catholic Church family throughout Southern Illinois and especially during his 8-year journey with cancer. He could always count on friends to drive him to appointments in St. Louis, to help him look after his affairs in his retirement and to be sure he was well fed. The family also appreciated very much the professional support that was provided in his final days by Hospice of Southern Illinois and The Voyage Senior Living Anchor facility.

A Mass of Christian Burial will be held at St. Joseph Catholic Church, 600 N. Russell St., Marion, Illinois on Saturday, March 7, 2020 at 10:00 a.m. with Father Brian Barker and Monsignor James Margason officiating.  Interment will be in St. Bruno Catholic Cemetery in Pinckneyville on Saturday at 3:00 p.m.

In lieu of flowers, the family would welcome donations to the Diocese of Belleville Clergymen’s Aid Society (Attn: Timothy Brendley, 222 South Third Street, Belleville, Illinois 62220) in support of Father Richard’s fellow priests or the charity of your choice.

Mitchell-Hughes Funeral Home in Marion is assisting the family with the arrangements.

To order memorial trees or send flowers to the family in memory of Reverend Richard G. Mohr, please visit our flower store.