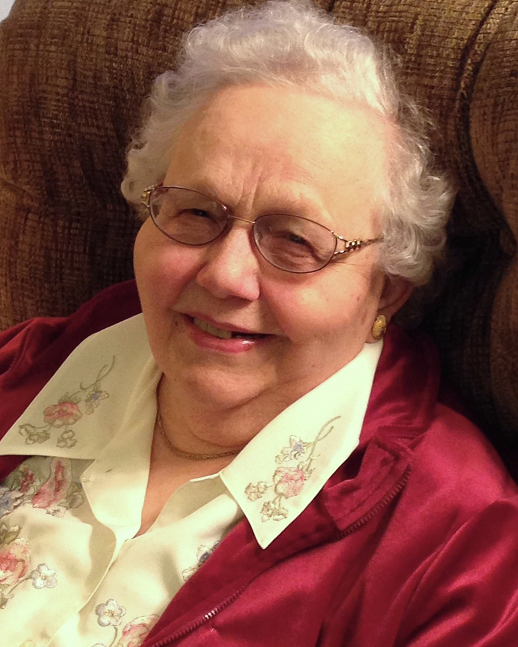 On September 12, 2020, Reba Lorene (Newcomb) Mitchell, 93 and 12 days, was called to her Eternal home by her Lord for a glorious reunion with her husband, all of her birth family and numerous friends who have preceded her, to that place Jesus promised to prepare for us!!

Reba came into this world on August 31, l927, seventh child of Milo and Emma (Pearce) Newcomb of White County, Norris City, Illinois.  She obtained her education in Greene School for 8 years under tutelage of her late brother, Herschel, and a class under him the next 4 years in Norris City High School.  Graduating in l944, at age 16, she entered the working world.  She began her first job with an oil abstract company in Carmi, leaving there after 3 years to advance herself with the Big and Little Inch Pipeline in Norris City, as Secretary to the Storekeeper.  She was transferred with them to their Seymour, Indiana, office until her marriage on August 20th, 1950, to Robert H. Mitchell of Thompsonville, Illinois.

They raised five children in early years of marriage, in Springfield, Illinois, until college departure, all of whom survive her.  They are:  Linda D. Reitzel with husband, Norman Reitzel of San Antonio, Texas; Mary L. Miller with husband, Keith Miller of Huntertown, Indiana; William M. Mitchell with wife, Margaret Mitchell of Athens, Illinois; Melody L. Davis with husband, Michael E. Davis of Columbus, Ohio; and George R. Mitchell of Thompsonville, Illinois. During those years fulfilling the needs of family, she was involved in Church work, plus leading a 4-H club for 10 years, for her children and their friends.

She began to awaken to her spiritual life at an early age, which led to conversion at 17, and membership into the First Christian Church of Carmi, Illinois.  Shortly after her marriage, she joined her husband at a United Methodist Church.

In her mid-30's she had a much deeper awakening in her spiritual life when she changed from fundamentalism to a greater understanding of Jesus' teachings, which touched her heart with more potency.  With children at college, she concentrated on her church work, leading study groups, and taking classes toward becoming a Local Pastor, and filling different church pulpits in emergencies.  Later she became a Lay Speaker for monthly sermons at Mt. Etna UM Methodist church for 10 years.  She wrote two books, which her FUM Church of Springfield, printed and sold for the building fund.  Her poetry had been published often in the Springfield newspaper.

In 1977, due to her husband’s health, they left her beloved home and church family of 21 years in Springfield, and built their home on his home place in Williamson County, where they lived until his passing in l995.

She made many adjustments in the next 6 years before marrying the now late Grady M. Howard on June 27, 2001, which after 10 years ended in divorce in 2010.

It has been said, "children are your best insurance policy".  She believed this and found it very true.  She loved her family dearly as they do her.  In addition to her five children, she leaves 10 grandchildren, 13 great grandchildren, and 6 nieces and nephews, who mourn her departure.

Her parents, Milo and Emma Newcomb, graduated long before her, as did all her siblings: four brothers, Everett, Wilburn, Glenard, and Herschel Newcomb, and two sisters, Freda Mobley, and Elsie Greer.

She has passed this stage of her earthly journey and goes on to bigger and more adventurous joys in the Great Hereafter.  Blessed be the name of the Lord!!

To order memorial trees or send flowers to the family in memory of Reba Lorene (Newcomb) Mitchell, please visit our flower store.