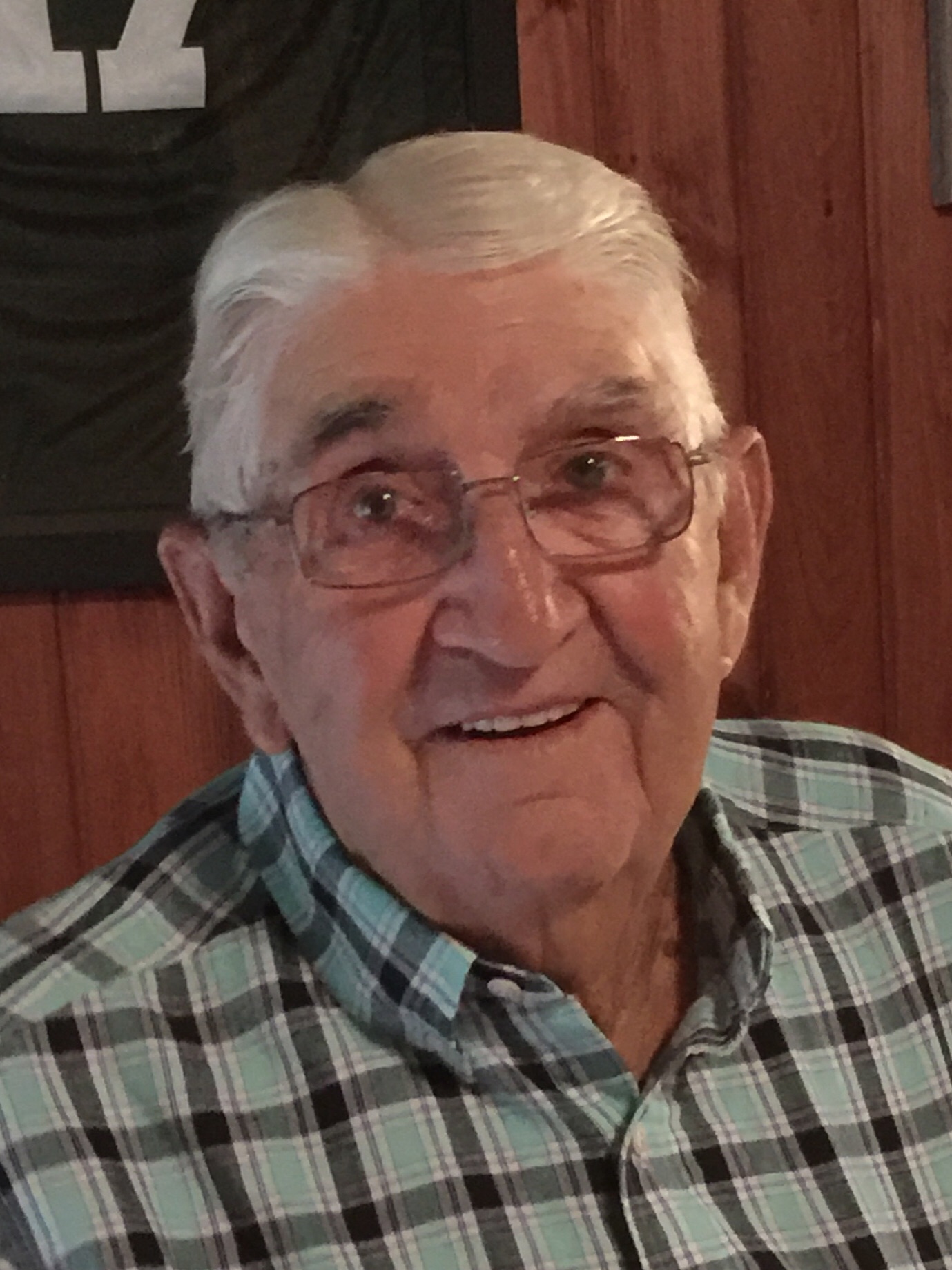 Goreville- Ray Jr. Almaroad, age 85, of Goreville, passed away at his home in Goreville on Sunday, July 2, 2017. Ray was born in Boaz, Illinois in Massac County on July 15, 1931, the son of Ray B. and Sarah “Alice” (Meyers) Almaroad. He married Marjorie A. Meneese on September 24, 1949. Together, they shared over sixty-seven years of marriage. She survives in Goreville. Ray’s life of work began with farming before and after his military service.  He was an Army Corporal in the Korean War. He was then: a heavy equipment operator for Donelson Equipment; Top Boss at Zeigler Coal Company; Owner of Almaroad Equipment; and partnering with his son Charles in Almaroad Trailers and Equipment…working until the end. Mr. Almaroad was of Christian faith. He was a member of the VFW. Ray loved the art of buying and selling. Survivors include his wife of 67 years- Marjorie A. (Meneese) Almaroad of Goreville Son- Charles Ray and Becky Almaroad of Marion Son- Russell Dale and Tammy Almaroad of Marion Son- Ronald Dean and Cherie Almaroad of Goreville Six Grandchildren- Kristy Marie and Greg Barnes of Murray, KY Carrie Rae Almaroad and Mike Watson of Marion Tony Aaron and Jennifer Almaroad of Johnston City Sarah Elizabeth and Steven Vick of Marion Chad Dylan and Miranda Almaroad of Marion Aubri Jo Almaroad of Marion Seven Great Grandchildren- Jaci Kimberly Pickles of Marion Avery Marie Barnes of Murray, KY Addison Kristy Barnes of Murray, KY Alexandra Faith Barnes of Murray, KY Allie June Watson of Marion Jaxon Xavier Vick of Marion Noah Bliss of Johnston City Brother-in-law and Sister-in-law- Tom and Meriel Kelton Many Nieces, Nephews, and Friends He was preceded in death by his parents, infant son- Everett Ray Almaroad, Mother-in-law and Father-in-law- Everett and Thelma Meneese, Step- Mother-in-law- Lilly Meneese, Sister- Sharon Williams, and Sister- Lucille Manley. Funeral services will be held at 11am on Thursday July 6, 2017 at Mitchell-Hughes Funeral Home in Marion with Rev. Kevin McNeely and Rev. Cecil Clendenin officiating.  Burial will follow at the family cemetery behind their home- Meneese Cemetery in Goreville.  Military honors will be presented at the graveside by the Marion VFW and American Legion Posts with assistance from the United States National Guard.  Visitation will be held from 5-8pm on Wednesday, July 5, 2017 at Mitchell-Hughes Funeral Home in Marion. In lieu of flowers, the family has requested that memorial donations be made to the Meneese Cemetery in Goreville. Envelopes will be available and accepted at Mitchell-Hughes Funeral Home; 800 N. Market Street; Marion, IL 62959. For more information, or to sign the memorial guest register, please visit www.hughesfuneralhomes.com
To order memorial trees or send flowers to the family in memory of Ray Jr. Almaroad, please visit our flower store.