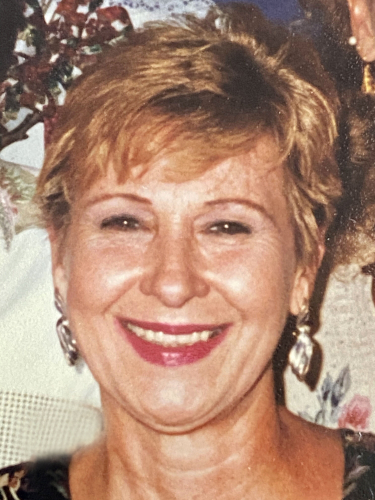 Prudence June Ward, 82, a native from Herrin, Illinois, passed away at 10:45 a.m. on Sunday, September 13, 2020 at the Copper Village Assisted Living in Mesa, Arizona after a chronic illness.

Prudence was born on December 29, 1937 in Herrin, Illinois to Hershal E. and Olive I. (Petty) Ward. She was a legal secretary and a member of Christ Church as well as a former member of Bryan Street Baptist Church in Herrin.

She was preceded in death by her parents and two daughters, Angela and Andre Horne.

A Celebration of Life will be held at Johnson-Hughes Funeral Home on Friday, September 25, 2020 at 1:00 p.m. with Reverend Robert Ward officiating.  Inurnment will follow at Herrin City Cemetery.

Visitation will be held at Johnson-Hughes Funeral Home on Friday, September 25, 2020 from 11:00 a.m. until the time of service.

Due to health concerns related to the COVID-19 virus, those attending the service are asked to maintain social distancing guidelines and wear a face mask.

Memorials may be made to the Alzheimer’s Association, and will be accepted at Johnson-Hughes Funeral Home/ 201 S. 13th Street/Herrin, Illinois 62948.

Johnson-Hughes Funeral Home in Herrin is assisting the family with the arrangements.

To order memorial trees or send flowers to the family in memory of Prudence June Ward, please visit our flower store.