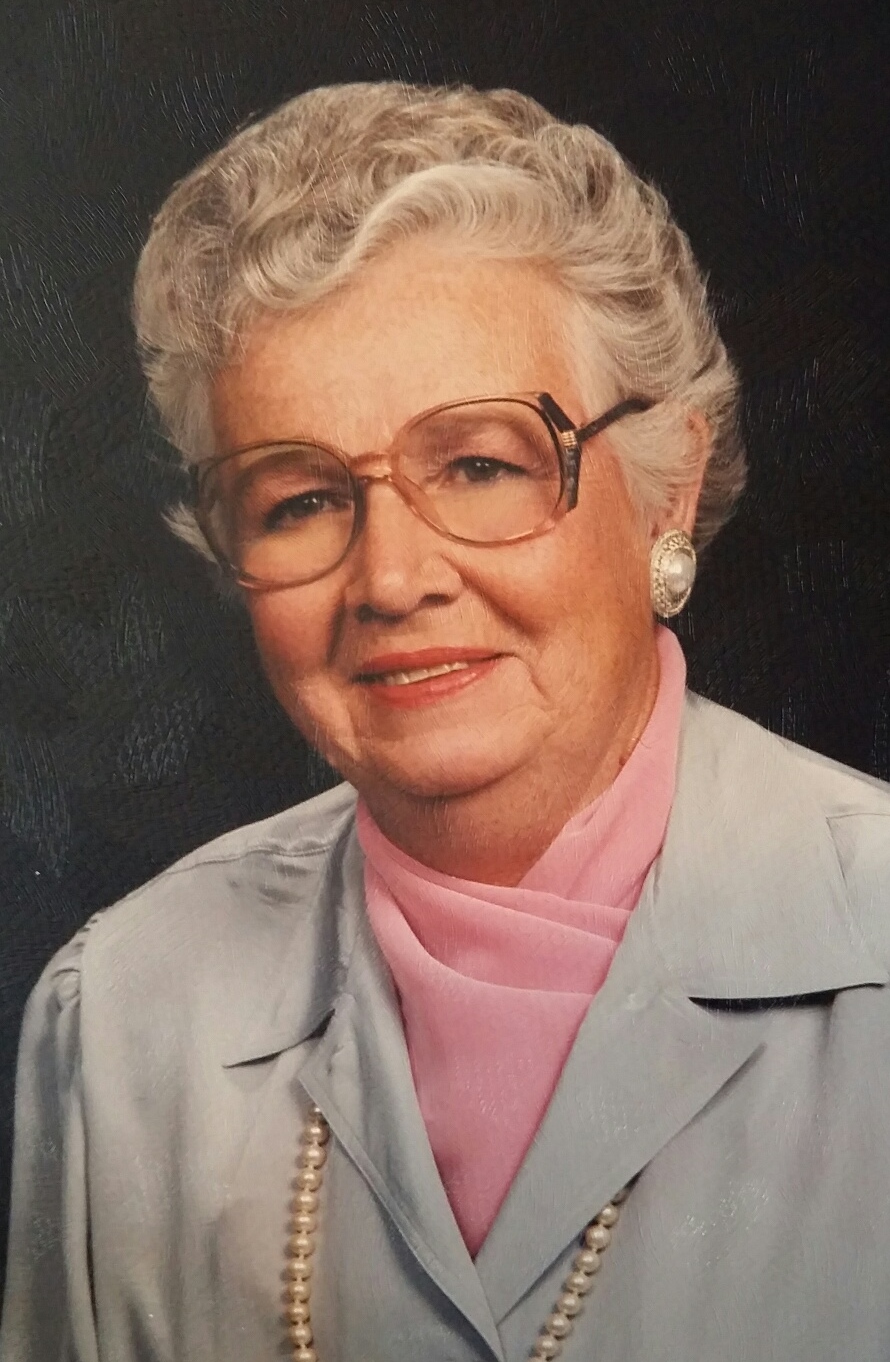 Blairsville- Maxine V. Hinchcliff, age 97, of Blairsville, died at 9:03am on the morning of the super moon, Sunday, November 13, 2016. Maxine was born on June 19, 1919 in Haliboro, Illinois to Fount and Della Leach. Maxine married her much loved husband, Jess Hinchcliff on April 4, 1936 in DuQuoin and was the love of his life until his death on July 9, 1984. Maxine was a vibrant and accomplished woman, known for her fierce love of her family, sending each one into the world, steeled with her high expectations, her wit, and her wisdom.  She will remain a cherished force of nature to her loved ones and all who knew her. Maxine loved family gatherings, which always included good food. Some of her favorites were shrimp, raw Vidalia onions, fresh tomatoes, ice-cream, and cake. She also loved shopping excursions with family to search for bargains and is legendary in her quest to find the best deal. Maxine was one of those rare and multifaceted strong women. Her work life was book ended at the beginning with her efforts in the defense support of World War II. Yes, she did make bombs…culminated in her decades long career as Genetics Research Lab Director at Southern Illinois University. Maxine was a long time member of the Hurst Order of the Eastern Star, serving as Worthy Matron, with Jess, her precious husband, as Worthy Patron.  Her long commitment to volunteerism included work with Hospice of Southern Illinois. She was the recipient of the Southern Illinois Butterfly Award. She was also guilty of random acts of kindness. She is survived by her devoted children: Daughter- Darlene (Bob) Langa of Kirkwood, MO Son- Sammie Joe (Jean) Hinchcliff of Red Bud, IL Daughter- Jan Hinchcliff of Indianapolis, IN She has left an indelible and loving thumbprint on her grandchildren: Jane Langa, John (Meg) Langa, Joe (Laura Beth) Hinchcliff, Dr. Judith Mank, Jason (Katie) Hinchcliff, Jessica (Ernie) Hinojos She reveled in the magic of her cherished great grandchildren: Elizabeth Langa, Jack Langa, Justyne Roles, Crystal Pearson, Rebecca Stephens, Jared Magie, Amber Hinchcliff, Alexander Hinchcliff, Aaron Hinchcliff, Audrey Hinojos, and Henry Hinojos She is also survived by her three sisters-in-law: Elaine Leach, Jenny Leach, and Lois Leach Underwood Maxine was preceded in death by her parents, treasured husband, four brothers- Frank “Bus”, Jack, Sam and Fred Leach and one sister- Lillian Masters. The funeral service will be held at 11:00 am on Thursday, November 17, 2016 at Johnson-Hughes Funeral Home in Herrin with Pastor Jason McKinnies officiating. Burial will follow at Blairsville Cemetery. Visitation will be held from 10:00 am- 11:00 am on Thursday at Johnson-Hughes Funeral Home. In lieu of flowers, memorial donations may be made to Hospice of Southern Illinois or Heartland Hospice of Missouri. Envelopes will be available and accepted at Johnson-Hughes Funeral Home; 201 S. 13th Street; Herrin, IL 62948.
To order memorial trees or send flowers to the family in memory of Maxine V. Hinchcliff, please visit our flower store.