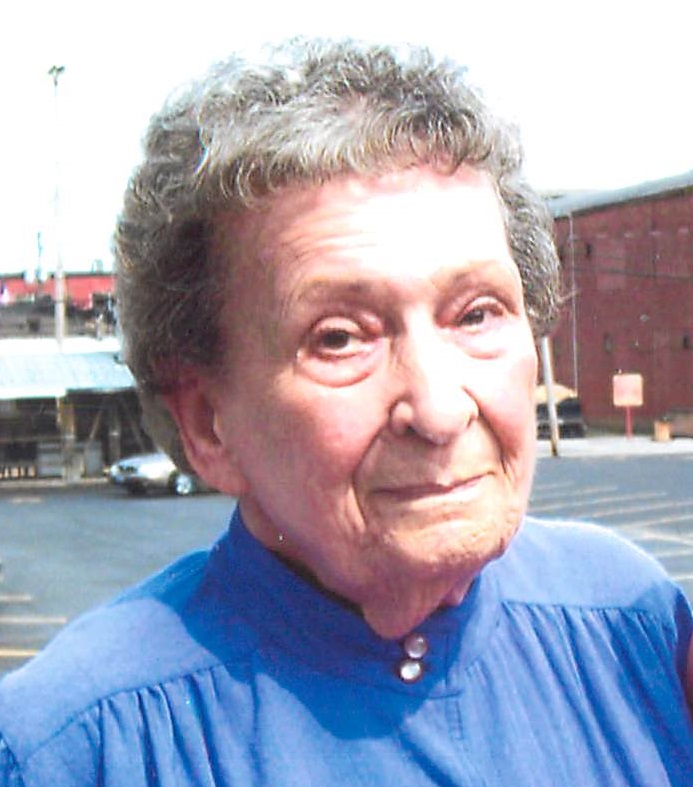 Herrin- Marian L. Goins, 87, of Herrin, passed away at 9:53 PM, Saturday, November 12, 2016 at Shawnee Christian Rehab Center in Herrin. Marian was born on August 28, 1929 at her home in Herrin to Ora M. and Louisa K. (Coloni) Collard. She married Ferrell Goins on January 12, 1951 at the First United Methodist Church in Herrin. He preceded her in death on October 28, 1997. Marian went to school at Electronic Radio and Television Institute in Omaha, NE after graduating High School. She began her career as a secretary at Sangamon Electric before working at the unemployment office in Herrin for 28 years. In addition, she served as the Budget Director for the City of Herrin from 1976-1980 and was Treasurer of the 25th District of the Women’s Club and President of the Herrin Women’s Club. She was also former treasurer for the Business and Professional Women’s Club and current secretary/treasurer of the Herrin Doughboy Committee. She was a fun loving woman who loved her family dearly. She was a gifted card player who used her personality and cunning to win many a pot. She always had a smile and a story for you to hear and you never had to worry about where you stood with her. She will be dearly missed by all those who knew and loved her. Survivors include- Daughter- Mona Shemwell and husband Sam of Herrin Son- Steve Goins and wife Elena of Herrin Grandchildren- Stephanie Voss and husband Keith of Murphysboro Molly Gregory and husband Rick of Champaign Max Goins of Herrin 2 Great Grandchildren- Melanie Clerk Carter Voss Sister- Edith Maxine McEmery of Ottawa, IL Several nieces and nephews Beloved dog- “Forest” She was preceded in death by her parents, husband, grandson- Brett Shemwell and brother- Cra “Junior” Collard. The funeral service will be held at 1:00 PM, Wednesday, November 16, 2016 at Johnson-Hughes Funeral Home in Herrin. Marian’s granddaughter, Stephanie Voss will officiate. Burial will follow at Herrin City Cemetery. Visitation will be from 11:00 AM until 1:00 PM, Wednesday, at Johnson-Hughes Funeral Home in Herrin. Memorial donations are suggested to The Brett Shemwell Charitable Trust or the Herrin Doughboy Fund and will be accepted at Johnson-Hughes Funeral Home/ 201 S. 13th St/ Herrin, IL 62948. For more information or to sign the memorial guest register, please visit www.hughesfuneralhomes.com.
To order memorial trees or send flowers to the family in memory of Marian L. Goins, please visit our flower store.