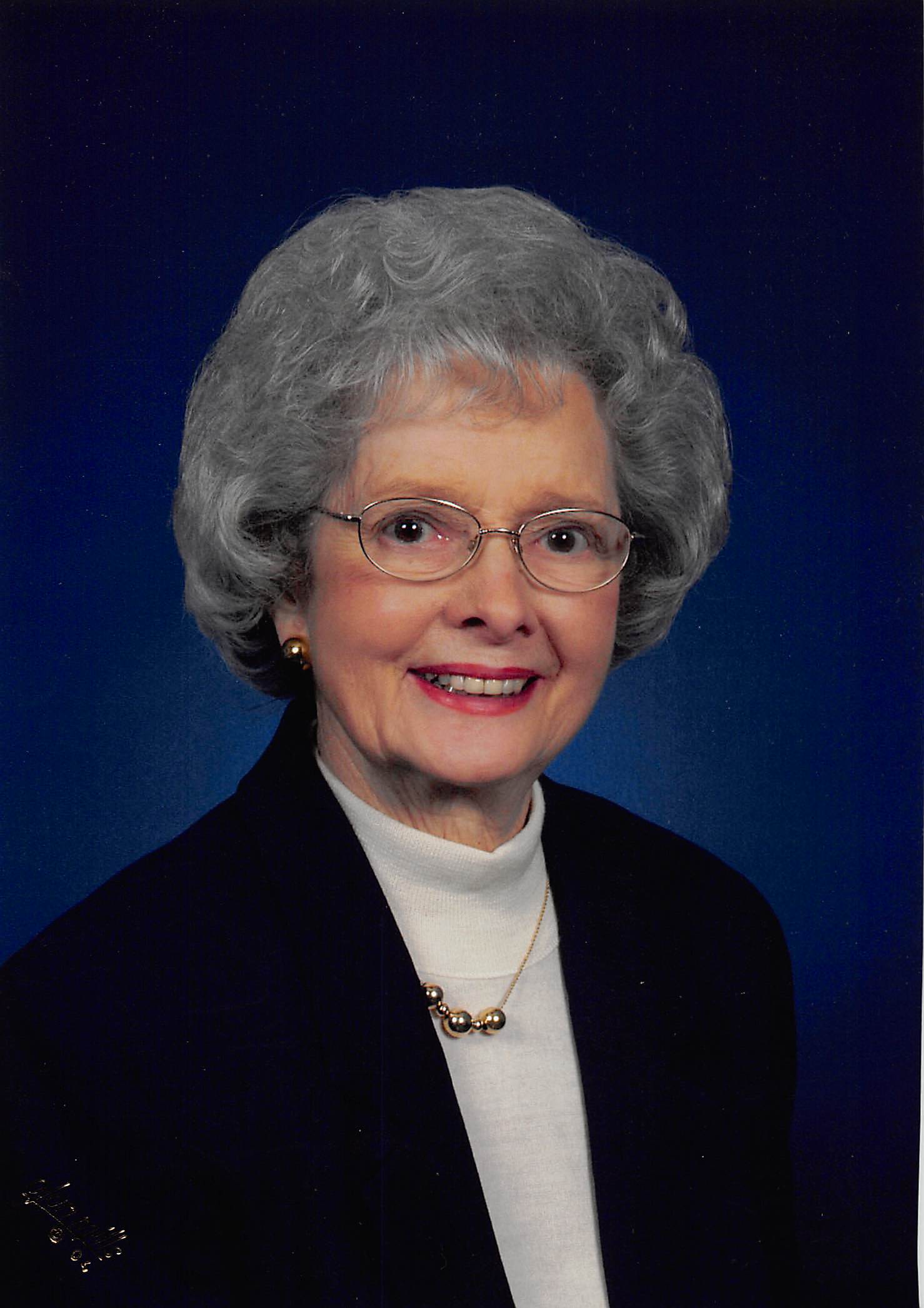 Louetta and her siblings did not have the selection and abundance of toys and means of entertainment children have today. Aside from climbing trees, play was accomplished mainly through their imaginations and the use of primitive items.  Farm cats were an excellent resource as the children would hook them together and have them working like packing mules.  Sometimes the cats would endure the play of being dressed up in outfits not of their choice. Whether or not the cats were in and of the spirit, they would be baptized nonetheless.

Worship was the foundation of the Sanders Family. Every week they attended Sunday school and the main service at Union Grove Church in Pittsburg, IL. Although the piano player only had two hands, she could make that instrument sing, shout and jump around as if she had four. Having grown up in the church, as a young adult Louetta sang in a travelling quartet with her sister, brother plus another.

Spanning ten decades, Louetta saw many lifestyle changes. She was born before television, antibiotics, Batman, jet planes, helicopters, interstate highways and Elvis. Although cars were available, the horse drawn buggy was the family’s means of transportation for an all day stay at the market in Marion on Saturdays.

Education: Louetta received three diplomas. The first in 1940 at the end of eighth grade, the second upon completion of her junior year at Pittsburg High School in 1943, the year the school closed, and the third in 1944 as a graduating senior from Marion High School.

This is the interesting part. During her only year at MHS, Louetta was on the homecoming queen’s court. Yearbook pictures reveal that Bob Butler was an escort for one of the candidates but not Louetta. Apparently, they were oblivious to each other until two years later in 1946 when they unexpectedly made a connection at the Williamson County Fair.  Soon thereafter, their courtship began.

Employment: After contemplating a college degree in home economics Louetta decided instead to continue her work as a retail clerk at the Bargain Center in Marion. She loved people and working with the public in a variety of positions which included a sales, marketing and modeling position with Lewis Department Store in Champaign, IL.; and in Marion, managing a newspaper agency, and bookkeeping/selling auto parts for Cox Tire and Battery. The latter was not exciting particularly until the day she sold a big engine while her boss was at lunch. Having worked part-time at the Stylart Shoppe, an upscale women’s clothing store on the square in Marion, Louetta was offered and a full-time position which she accepted in 1970. She derived much pleasure from working in sales and alterations for 25 years until the store closed in 1995. Later she accepted an invitation to work part-time, again in sales for Topper’s which she enjoyed until a family member’s illness required more of her time and she had to leave the position.

Marriage: Miss Louetta Sanders became the bride of Robert L. Butler, son of State Representative and Mrs. Homer Butler of Marion, on September 1, 1951. The ceremony was held at the First Christian Church, Disciples of Christ in Marion and performed by Rev. Thomas Morton, pastor of the church. Immediately after the ceremony the newlyweds left for a brief honeymoon trip. Upon their return, Louetta joined Bob in Champaign as he completed his final year at the University of Illinois College of Law.

The first twelve years of marriage basically were “normal” for the time. They lived a traditional lifestyle in which Bob provided for the family and Louetta was remained at home mom caring for their daughter, Beth Ann, born on April 16, 1957.

When Bob was elected Marion’s Mayor in 1963, life changed dramatically in the Butler household.  After the many needs of the community were exposed, Louetta became actively involved in local organizations. She was an excellent role model for her daughter who followed in her mother’s footsteps and later developed philanthropic interests still in place today.

To marry Louetta was the most intelligent decision Bob made in his entire life and she, undoubtedly, was the best thing that ever happened to him. Most of the time she was his biggest fan and greatest supporter. All of the time her innate common sense and frugality had a positive and essential impact on the household. Their marriage was one of unconditional love, tons of patience and unwavering devotion. On September 1, 2018, Bob and Louetta celebrated 67 loving years of marriage. Just 18 months after Bob retired at age 92, he passed away on April 22, 2019. Always a very strong woman, physically and emotionally, Louetta  stood  resolute many times in the face of uncertainly and oppostion during years of dedication as a helpmate to Mayor Bob and a public  servant in her own right. However, without her “Bobby” life was far from the same. His death left her with a broken heart from which she never recovered.

Organization Memberships and Recognition: AfterBob and Louetta married (1951), Louetta joined the First Christian Church – Disciples of Christ where Bob was a lifelong member. In 2010, Pastor Bill Rucker presented Louetta an award naming her Deacon Emeritus of said church. She was the first female to serve on the church board and to become its chairperson. During her tenure in this position she oversaw a $50,000 extensive outside restoration project of the church building. Another successful accomplishment from which she derived much satisfaction was the facilitation of fundraising efforts and installation of a new elevator making the church in compliance with the ADA laws. Louetta attended Bible study and was a member of Christian Women’s Fellowship.

Louetta was the recipient of the Mayor’s Service Award given at the Marion Chamber of Commerce Annual Banquet in 2004.

Louetta also was a member of the Marion Woman’s Club, the Retail Clerk’s Association and the Williamson County Republican Women organization.

Hobbies and Fun Times: Louetta enjoyed being the hostess for gatherings of family and friends. She especially loved holidays, monthly potlucks and Sunday dinners. One never knew who the special Sunday dinner guest would be but Louetta never failed to invite a person downtrodden and for whom a good meal and fellowship would be beneficial.

Louetta enjoyed drives through “the country” especially if it ended at the Giant City Lodge, a favorite place for both celebration and retreat.

An excellent seamstress, Louetta derived great pleasure in designing and sewing costumes for her nephew, Jeff, and her daughter often cast members of plays and musicals.

Although a challenge because of Bob’s incongruence, Louetta strived to keep an immaculate house. After observing Louetta on her hands and knees brushing her carpet with a scrub brush assuring all fibers pointed in the same direction, Beth was certain her mother would qualify as OCD if ever assessed.

Louetta kept the lawn freshly mowed, bushes trimmed, house painted and windows sparkling. As the saying goes, “you can take the girl away from the farm life but you can’t take the farm life away from the girl.” The work ethic Louetta developed during childhood remained within her the rest of her days.

Final Thought: Louetta approached the end of her life with her beautiful smile and a grateful heart.  Always one to forgive and forget, she passed peacefully, and in her passing, she was as graceful and gracious in death as in life.

Beth would like to thank, Zach McGinn, Owner of Interim Health Care and the Interim Caregivers, Shelly Fraulini, Linda Helmbrecht, Kathy Poole, Shannon Roberts, and Beth Rowe for providing “Miss Lou” with the best skills, the biggest hearts, and the most excellent and professional care exceeding all expectations and highest standards.

Beth also is grateful to Hospice of Southern Illinois for all services provided in the last stages of her mother’s journey home.

Due to COVID 19 and its prominence in Williamson County, a private graveside service for Louetta  Butler will be held. Mitchell-Hughes Funeral Home in Marion is assisting the family with arrangements.

In lieu of flowers, the family is graciously requesting memorial gifts be sent to  The Lighthouse Shelter in Marion.  Envelopes will be available and accepted at Mitchell-Hughes Funeral Home, 800 North Market Street, Marion, Illinois  62959.

For additional information or to sign the guest memorial register please visit www.hughesfuneralhomes.com.

To order memorial trees or send flowers to the family in memory of Louetta Butler, please visit our flower store.