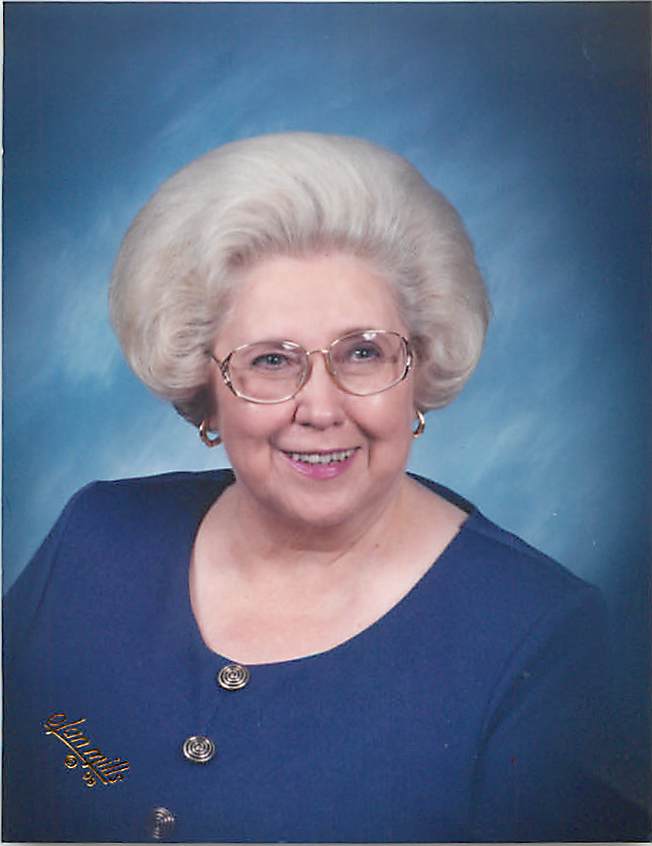 Herrin- Lorene L. Daugherty, age 85, of Herrin, passed away at 8:55am on Monday, January 16, 2017 at Parkway Manor in Marion. Lorene was born in Marion on March 2, 1931, the daughter of Loren and Mary (Gore) Love. She married Donald Dean “Duck” Daugherty on July 22, 1950 in Carlinville, IL. He preceded her in death on November 6, 2010. Mrs. Daugherty was a member of the Second Baptist Church in Herrin. Prior to her retirement, she had worked at Gwyn’s Stout Shop in Herrin. She enjoyed serving as a boy scout and girl scout leader. Lorene’s children and grandchildren were her greatest joy and love. Survivors include- Son- Tim Daugherty and wife Benna of Harrisburg Daughter- Karen Palmier & husband Patrick of Murphysboro Grandchild- Kristie Rolape of Louisville, KY Grandchild- Ryan and Jen Rolape of Effingham Grandchild- Lauren Walker and husband Jason of Nashville, TN Grandchild- Lindsey Cox & husband David of Nashville, TN Great Grandson- Bentley Cox of Nashville, TN Sister- Lynda Fry of Mount Vernon Several nieces and nephews She was preceded in death by her parents and her husband- Don. Funeral services will be held at 3:00pm on Friday, January 20, 2017 at Johnson-Hughes Funeral Home in Herrin. Dr. Jerry Ford will officiate. Visitation will be from 1:00pm until time of service on Friday, January 20, 2017 at the funeral home. Inurnment will be held at 2:00pm on Saturday, January 21, 2017 at Rose Hill Cemetery in Marion. For those who prefer, memorial donations may be made to Hospice of Southern Illinois. Envelopes will be available and accepted at Johnson-Hughes Funeral Home; 201 S. 13th Street; Herrin, IL 62948.  For more information or to sign the memorial guest register, please visit www.hughesfuneralhomes.com.
To order memorial trees or send flowers to the family in memory of Lorene L. Daugherty, please visit our flower store.