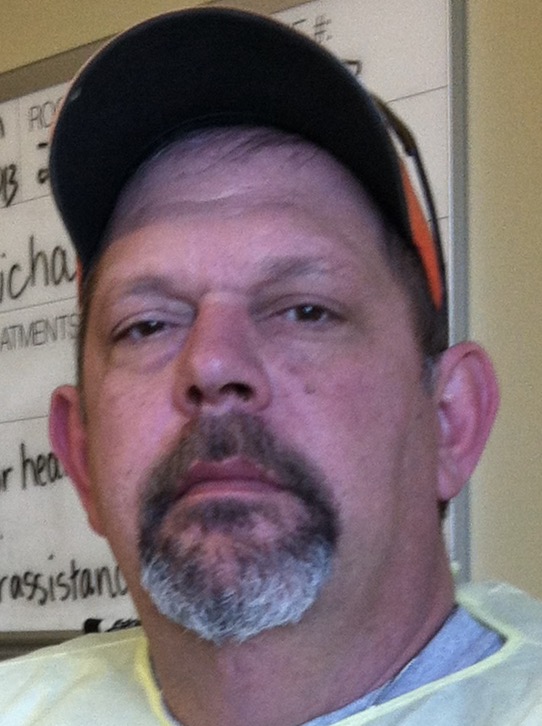 Herrin- John M. Carnaghi, age 48, of Herrin, passed away at 4:52pm on Friday, August 18, 2017 at his home in Herrin. John was born on May 2, 1969 in Herrin, the son of Louis C. and Shirlene (Gray) Carnaghi.  He worked for the Carterville School District as the groundskeeper at Tri-C Elementary School.  John was a member of Our Lady of Mount Carmel Catholic Church in Herrin. Survivors include his mother- Shirlene Carnaghi of Herrin Sister- Mary Ellen and Mark Smith of Energy Brother- Robert Louis Carnaghi of Austin, TX Brother- William James and Lisa Carnaghi of Energy Niece- Dolores Carnaghi of Austin, TX Special Friends- Judy Moore, Gabe and Sid Beloved Dog- Jake He was preceded in death by his father- Louis Carnaghi, paternal grandparents- Louis and Rose Carnaghi, maternal grandparents- Luther and Pauline Gray, and his aunt- Mary Vansaghi. A funeral service will be held at 11:00 AM, Tuesday, August 22, 2017 at Johnson-Hughes Funeral Home in Herrin with Monsignor Ken Schaefer officiating.  Burial will follow at San Carlo Cemetery in Herrin.  Visitation will be from 6-8pm on Monday, August 21, 2017 at Johnson-Hughes Funeral Home in Herrin. For those who prefer, memorial donations may be made to the OLMC- New School Building Fund or the Williamson County Humane Society. Envelopes will be available and accepted at Johnson-Hughes Funeral Home; 201 S. 13th Street; Herrin, IL 62948. For more information or to sign the memorial guest register, please visit www.hughesfuneralhomes.com.
To order memorial trees or send flowers to the family in memory of John M. Carnaghi, please visit our flower store.