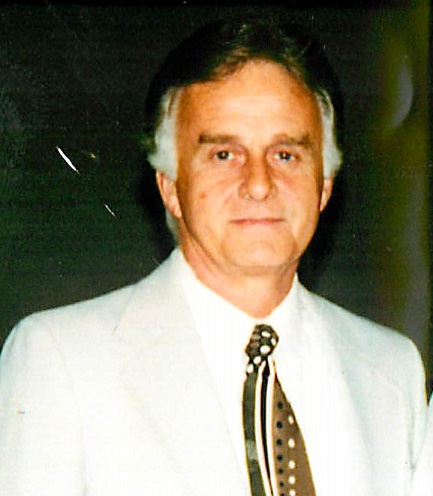 Herrin- John V. Heath, Jr., 76, of Herrin, passed away at 7:29 PM, Tuesday, April 4, 2017 at his home surrounded by his loving family. John was born on August 22, 1940 in Flora to John V. and Margie (Boltman) Heath, Sr.  He married the love of his life, Diana K. Martin on January 6, 1961 in San Antonio, TX.  Together, they shared 56 wonderful years.  She survives of Herrin. He was a United States Army veteran who served his country bravely during the Vietnam War.  Once honorably discharged, he returned home and began a career at Old Ben #25 Coal Mine.  He drove the buggy for many years before the mine eventually closed.  He was a member of the United Mine Workers of America.  Next, he worked for General Tire in the Marion Sam’s Club for several years prior to his retirement. John was a talented actor, singer and pianist.  He worked SummerStock in Chicago while performing in the musical, “Oklahoma”.  He was a classically trained pianist and enjoyed singing and playing Frank Sinatra tunes.  He also enjoyed computers and spending time outdoors; hunting and fishing and attending his children’s many sporting events. He was a member of Southern Illinois Worship Center in Herrin.  John loved the Lord and knew his Bible inside and out.  He will be dearly missed by his many friends and close family members. Survivors include- Wife- Diana “Katie” Heath of Herrin Daughter- Michelle Heath and Jack Delaporte of Marion Son- Todd Heath of Carterville Son- Matt Heath and Ann Staley of Carterville Daughter- Heather “Tiger” Heath of Herrin Four grandchildren: Josh Heath of Herrin Casey Scott of West Frankfort Sam Bandy of Herrin Luke Heath of Iuka, IL Twelve Great Grandchildren Sister- Janice Heath-Koberstein and husband Mike of Murphysboro Sister in law- Karen Dame and husband Tim of Energy Several nieces and nephews He was preceded in death by his parents, 2 grandchildren- Heath and Dustin Bandy and one sister- Heath Marie Raley. The funeral service will be held at 2:00 PM, Friday, April 7, 2017 at Johnson-Hughes Funeral Home in Herrin.  His brother in law- Bro. Tim Dame will officiate.  Burial will follow at Herrin City Cemetery.  Military rites will be performed at graveside by the Herrin VFW and American Legion Posts with assistance from the Illinois National Guard.  Visitation will be from 12:00 PM until time of service, Friday at Johnson-Hughes Funeral Home in Herrin. Memorial donations are suggested to Hospice of Southern Illinois and will be accepted at Johnson-Hughes Funeral Home/ 201 S. 13th St/ Herrin, IL   62948.  For more information or to sign the memorial guest register, please visit www.hughesfuneralhomes.com.
To order memorial trees or send flowers to the family in memory of John Heath, please visit our flower store.