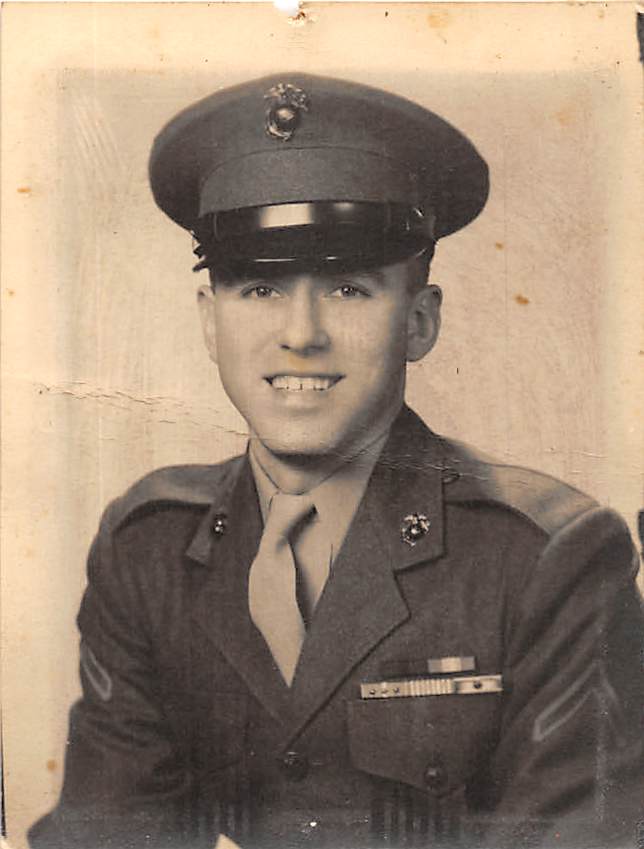 Marion- John Claud Talley James, 85, of Marion, passed away at 8:47 PM, Saturday, June 24, 2017 at the VA Medical Center in Marion. John Claud was born on September 28, 1931 in Marion to John Claud and Sarah Fern (Talley) James. John Claud was retired from the United States Marine Corp where he served honorably as crew chief for 20 years until his honorable discharge. He was a lifelong member of the Marion VFW and American Legion Posts. He was also an active member of the Marion VFW and American Legion Ritual Team. He enjoyed spending time outdoors mowing his yard when he was able. He will be dearly missed by his close friends and family members. Survivors include- Brother- Charles James of Marion Sisters- Mary Claudine Sloan of Marion Mildred Virginia James of Marion Narcissa Cassilas of Las Vegas, NV Frances Baker and husband Charles of Goreville Many nieces and nephews and great nieces and nephews He was preceded in death by his parents and one brother- Bill James. The funeral service will be held at 1:00 PM, Friday, June 30, 2017 at Mitchell-Hughes Funeral Home in Marion. Rev. Kevin McNeely will officiate. Burial will follow at Grange Hall Cemetery south of Marion. Military rites will be performed at the graveside by the Marion VFW and American Legion Posts with assistance from the United States Marine Corp. Visitation will be from 11:00 AM until time of service, Friday at Mitchell-Hughes Funeral Home in Marion. Memorial donations are suggested to the Marion VFW and American Legion Ritual Team and will be accepted at Mitchell-Hughes Funeral Home/ 800 N. Market St/ Marion, IL 62959. For more information or to sign the memorial guest register, please visit www.hughesfuneralhomes.com
To order memorial trees or send flowers to the family in memory of John Claud Talley James, please visit our flower store.