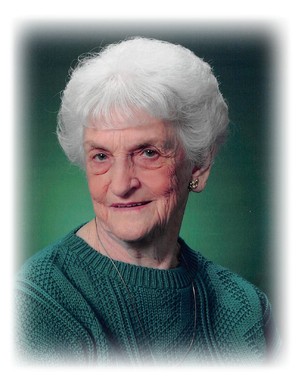 Jewell L. Woods, 97, of Marion, passed away on Thursday, September 27, 2018 at 9:20 am at her home at Fathers Heart Ministry. Jewell was born on June 7, 1921 in Marion to Raymond and Lovine (Mangrum) Dempsey. She married Carroll E. Woods on February 24, 1940 and together they shared over 41 years of marriage until his death on June 13, 1981. She was a member of the Third Baptist Church in Marion, where she spent several years teaching the 10 year old girls Sunday school class and worked in the nursery which she enjoyed. She was employed at the former Burger Chef restaurant and for several years was a homemaker. She will be greatly missed by her family and friends. Survivors include her: Daughter - Jeannie Brookhouse (Sam) of Marion Grandsons; Mark Snyder (Teresa) of Marion Mike Snyder of Oklahoma Marty Gilliam and fiancé Brittany Nesmith of Herrin Great grandchildren; Josh Argall of Michigan Ryan and Derek Snyder of Oklahoma Trevor and Gavin Snyder of Marion Austin and Rayna Gilliam of Herrin Several nieces and nephews to whom she was very close Preceded by her Parents, Husband, Sons – Roy Dale Woods and Donnie Eugene Woods, Sister – Helen Garrett and Brothers – Charles and Bob Dempsey The funeral service will be Monday, October 1, 2018 at 11 am at Mitchell-Hughes Funeral Home with Rev. Kevin McNeely officiating. Burial will follow in Maplewood Cemetery. The family would like to thank Kevin and Lori Gooch, Fathers Heart Ministry and the Hospice nurses for the loving care and support they gave them. For those who prefer memorials may be made to Hospice of Southern Illinois or Fathers Heart Ministry. Envelopes will be available and accepted at Mitchell-Hughes Funeral Home, 800 North Market Street, Marion, Illinois 62959.
To order memorial trees or send flowers to the family in memory of Jewell Woods, please visit our flower store.