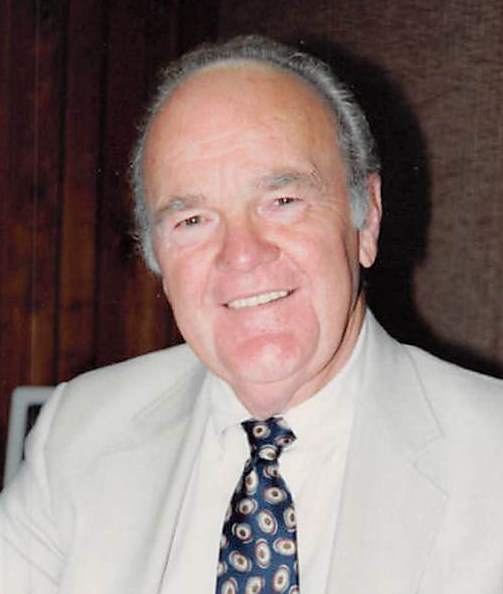 Marion-Jesse (Jess) Wayne Childers, 87, passed away at 4:40am on Tuesday, April 25, 2017 at the VA Community Life Center. Jess was born on March 1, 1930 in Marion to Claude R. and Bessie R. (Fisher) Childers. He married Mary Sue (Henshaw) Childers on August 8, 1981 in Johnston City.  She survives. Jess served in the U.S. Air Force in the Korean War. He retired from CIPS after 30 years of service as an area manager in the Pana area. He then worked 10 years in the personnel department at St. Mary’s Hospital in Centralia.  Jess returned to Marion in 1991 and established Childers Home Inspection for 17 years.  Jess was past President of the Marion Chamber of Commerce and was honored as Man of the Year in 1972.  Jess was also involved in many other organizations. He was a member of Aldersgate Church.  The last few months of Jess’ life, he returned to his home church, Freedom Freewill Baptist, where his father and grandfather both ministered. His love for baseball began at an early age, having been taught the game by his father. Jess also played baseball while serving in the U.S. Air Force.  He was very active in the Marion baseball program and had many successful seasons. He was known as an experienced and winning coach and passed on his talent and love for the game to many young men who still affectionately refer to him as “Coach”. Jess and Mary Sue enjoyed spending winters in Florida. He loved to play golf with Chuck Hafeli in Florida and Marion. The family would like to thank Hospice of Southern Illinois, Community Life Center at the VA in Marion, Mike Masoner for his time spent with Jess, and the support from numerous friends and family members. Survivors include: Sons: Dr. Kevin (Pam) Childers of Vandalia Dr. Kyle (Deidre) Childers of Marion Step sons: Randall Tolley of Gulf Shores, Alabama Michael L. Tolley (Lori Satterfield) of Hendersonville, Tennessee Grandchildren: Holly (Aaron) Newcom of Edwardsville Bonnie (Clint) Misselhorn of Carterville Maggie (Jacob) Garver of Paris Mason, Kate, Alec and Tessa Childers of Marion Julian, Laney and Jacob Tolley of Gulf Shores, Alabama Sister-Mary (Jerry) Krone of Belleville Five great grandchildren, various aunts, cousins, nieces and nephews He was preceded in death by his parents and granddaughter, Valerie Bess Childers. Funeral services will be held on Friday, April 28, 2017 at 2pm at Freedom Freewill Baptist Church south of Marion with Rev. Ed Krantz and Rev. Tim Ozment officiating. There will be no visitation. The preferred form of remembrance is memorial donations to Freedom Freewill Baptist Church and Aldersgate Methodist Church and will be accepted at Mitchell-Hughes Funeral Home/ 800 N. Market St/ Marion, IL   62959.  For more information or to sign the memorial guest register, please visit www.hughesfuneralhomes.com.
To order memorial trees or send flowers to the family in memory of Jesse Wayne Childers, please visit our flower store.