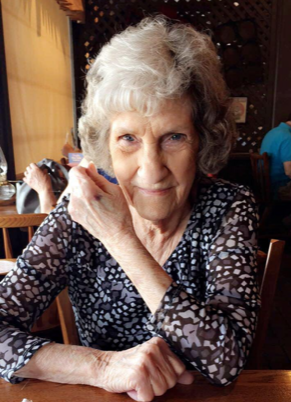 Jeri was born November 27, 1938 in Eddyville, Kentucky the daughter of Otho and Mary Elizabeth (Barrett) Fitts.  She married Bill D. Chaney on November 3, 1962 in Marion and together they shared over 51 years of marriage until his death on March 20, 2014.

She attended Marion Church of Christ.  Jeri enjoyed cooking, fishing and hunting, but most important was the time she spent with her children, grandchildren and great grandbabies. She was known for her delicious homemade Apple Pies and her Christmas lasagna.

Survivors include her; Daughter – Pam Chaney Elliott of Staunton, Illinois

A graveside service will be held on Tuesday, July 6, 2021 at 10 am at Odd Fellows Cemetery in Marion with Pastor Bill Brandstatter officiating.  Family and friends are asked to meet directly at the cemetery.  Mitchell-Hughes Funeral Home in Marion is assisting the family with arrangements.

For those who prefer memorials may be made to Hospice of Southern Illinois.  Envelopes will be available and accepted at the cemetery the day of the service or at Mitchell-Hughes Funeral Home, 800 North Market Street, Marion, Illinois  62959. For additional information or to sign the guest memorial register please visit www.hughesfuneralhomes.com.

To order memorial trees or send flowers to the family in memory of Jeri Chaney, please visit our flower store.