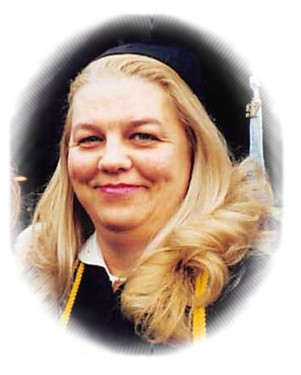 Jennifer Lee Finney, 59, of Marion, passed away on Tuesday, December 20, 2016 at 9:43 am at Heartland Regional Medical Center.  Jennifer was born August 21, 1957 in Marion the daughter of Calvin and Virginia (Brush) Wilson.    She was a graduate of Marion High School in 1975.  At the age of 35, after starting her family, she returned to school to further her education.  Jennifer graduated from SIU-C in 1998 with her degree in elementary education.  Following graduation she immediately began her career at the DeSoto Elementary School where she taught social sciences to 6th, 7th and 8th grades.  She quickly became  involved with several of the clubs, organizations and programs at the school.  In May, 2007 she received her Masters of Education in Teacher Leadership from McKendree University.  While pursuing her second Masters in Teacher Development she shifted her focus to Principalship, which she was currently working on. Her love of children and education were her greatest passion only second to her love for her grandchildren.  She attended Cedar Grove Methodist Church in Marion.  Survivors include her; Daughter – Kali Lee Brannan and husband Carl of Thompsonville Two Grandchildren;  Audi & Annabelle Lee Griffin of Thompsonville Sister – Wilma “Willie” Rawson of Marion Brother – David Wilson of Marion Uncle – John Brush and wife Carol of Sarasota, Florida Nieces;   Fannie Maria Rawson of Dixon, Kentucky   Allee Wilson of Marion   Kaylee Wilson of Marion Nephew – Cody Wilson of Marion Several Cousins Many Friends, co-workers and students that all held a special place in her heart  Preceded by her;  Parents  Funeral services will be Monday, December 26, 2016 at 1 pm at Mitchell-Hughes Funeral Home with Pastor Steve Utley officiating.  Visitation will be Monday from 11 am to time of service at the funeral home.  For those who prefer memorials may be made to the Cedar Grove Methodist Children’s Fund.  Envelopes will be available and accepted at Mitchell-Hughes Funeral Home, 800 North Market Street, Marion, Illinois  62959.
To order memorial trees or send flowers to the family in memory of Jennifer L. Finney, please visit our flower store.