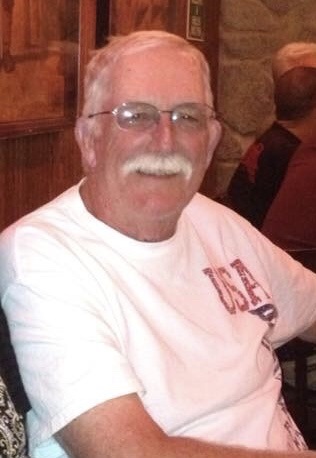 Herrin- James R. “Jim” Pursell, 75, of Herrin passed away at 11:57 PM, Tuesday, January 22, 2019 at Barnes-Jewish Hospital in St. Louis. Jim was born on June 28, 1943 in Pinckneyville to Elmer A. and Maxine (Tucker) Pursell. He married Janet L. Gibner on April 27, 1963 in Du Quoin. She survives of Herrin. Jim was the longtime owner and operator of the Herrin Dairy Queen until he sold it in 1999. After “retirement” he enjoyed travelling around to antique shows and flea markets. He had an eye for nostalgic items from bygone eras and enjoyed displaying his treasures for people to see. He also had a passion for race photography and would get “pit passes” for all the big races so he could get the best photos. He was a hardworking man who gave timely advice and helped instill an honest work ethic in his many employees throughout the years. He was also civically active as a former member of the Herrin Junior Chamber of Commerce. He enjoyed spending time with his children and grandchildren and will be dearly missed by all his many friends and family. Survivors include- Wife- Janet Pursell of Herrin Sons: James Robert “Jay” Pursell, Jr and wife Bec of McKinney, TX Keith Pursell and wife Brenda of Zeigler Matt Pursell and wife Terri of Carterville 10 grandchildren: Jennifer Lopez of Dallas Ryan Pursell of West Frankfort Spencer Pursell of Dallas Rachel Neipert and husband Nick of Herrin Jake Pursell and wife Hailey of Herrin Cassandra Helton and husband Josh of Marion Brendan Pursell of Carterville Lauren Pursell of Carterville Jace Pursell of Carterville Kate Pursell of Carterville Four great grandchildren- Jordan Helton and Daniel and James Pursell and Kane Neipert Brother- Don Ed Pursell and wife Connie of Buena Vista, Arkansas Many nieces and nephews He was preceded in death by his parents and one sister- Betty Opp. The funeral service will be held at 1:00 PM, Saturday, January 26, 2019 at Lone Oak Baptist Church in Energy. Pastor David Dyer will officiate. Burial will follow at Denning Cemetery in Orient. Visitation will be from 9:00 AM until time of service, Saturday at Lone Oak Baptist Church in Energy. Funeral arrangements were made at Johnson-Hughes Funeral Home in Herrin. Memorial donations are suggested to Lone Oak Baptist Church and will be accepted at the church or Johnson-Hughes Funeral Home/ 201 S. 13th St/ Herrin, IL 62948. For more information or to sign the memorial guest register, please visit www.hughesfuneralhomes.com.
To order memorial trees or send flowers to the family in memory of Jim Pursell, please visit our flower store.