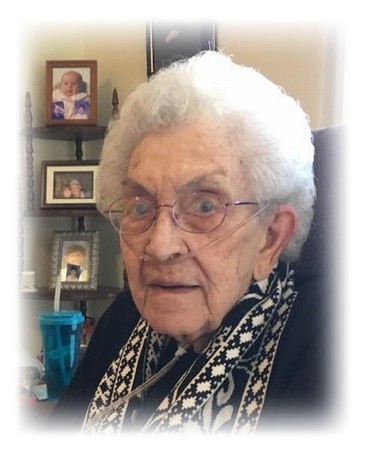 Hazel was born November 24, 1927 in Marion the daughter of Samuel Eugene and Delpha Ann (Smith) Davis. She married Lorenzo Dow Odum, Jr. on November 10, 1943 in Henderson, Kentucky and together they shared 69 years of marriage until his death on November 13, 2012.

She was a member of the Marion Third Baptist Church and for over 20 years she taught 5th and 6th grade at Bowers Elementary School in Harriman, Tennessee. She retired in 1989. She was also a member of AARP. She was a kind and patient woman who never met a stranger. She was a sweet lady who enjoyed sewing and listening to country music. In her spare time, she enjoyed travelling, camping and cruising to different locations. She was a talented cook and baker who was known for her fried chicken, cream corn, chicken and dumplings, lemon meringue pie and peanut rolls.

Funeral services will be Friday, May 24, 2019 at 11 am at Mitchell-Hughes Funeral Home with Rev. Larry Shackley will officiate. Burial will follow in Rose Hill Cemetery. Visitation will be Thursday evening from 5 – 8 pm at the funeral home.

For those who prefer memorials may be made to the Parkinson’s Foundation. Envelopes will be available and accepted at Mitchell-Hughes Funeral Home, 800 North Market Street, Marion, Illinois 62959.

To order memorial trees or send flowers to the family in memory of Hazel Lea Odum, please visit our flower store.