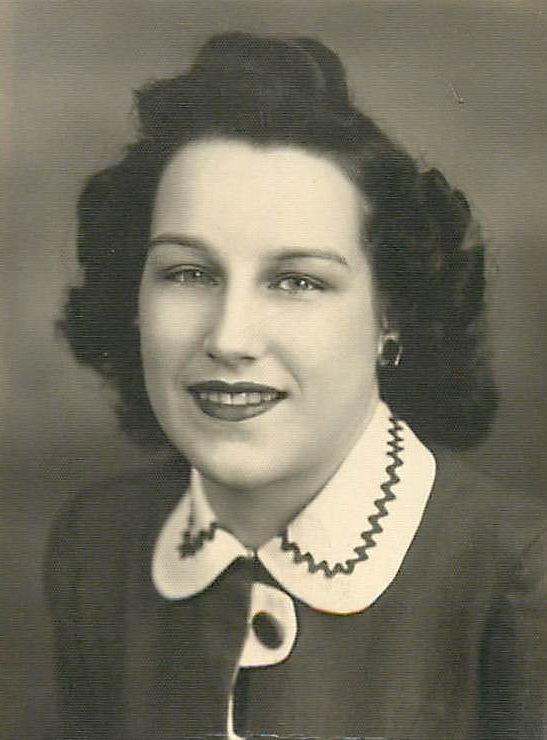 Geraldine “Gerry” Hays, of Herrin, died at Herrin Hospital on Wednesday, February 20, 2019 at 6:35pm, just two days after her 93rd birthday. Gerry was born in Zeigler, Illinois, on the 18th of February, 1926, the first-born of three daughters for Olin and Agnes Berry. She spent her childhood as most Southern Illinoisans at that time did, being shielded from the hardships of The Great Depression by hardworking parents who made sure their children were well-fed, clothed and happy despite hard times. Gerry was one of the first women in the state of Illinois to hold a “computer” degree- working key punch cards. She then ventured out on her own in a big way in 1942. Moving to Chicago, she worked for the newly opened Office of Special Services (the precursor to the CIA), where she learned coding and decoding war time messages. After World War II ended, she moved back to Zeigler, securing a position at the Bank of Zeigler. It was there that she met the love of her life, Billie Jean Hays. She and Bill married in December 1946, and enjoyed a wonderful life together before his death in 1977.  At a time when most were considering retirement, Gerry went to work for the American Cancer Society, enjoying the travel and satisfaction that came with helping people cope with the treatments and stresses from dealing with that disease. During her second “retirement”, Gerry worked at Mary’s Restaurant for her grandson, David, becoming Mary’s most beloved and popular hostess. Besides her husband, Bill, Gerry was preceded in death by two of her children, James Okley and Helen Lynn; her two younger sisters, Lois Atkins and Jackie Noto; and her parents. Gerry is survived by her son, Dr. Jon Riley Hays, grandchildren David (Carla) Hays, Chloe Hays and Max Hays; great grandson Nicholas Hays, several nieces and nephews, and her special friend and roommate Bertha Barwick. Funeral services will be held at 1:00pm on Tuesday, February 26, 2019 at Johnson-Hughes Funeral Home in Herrin. A eulogy will be given by the family. Visitation will be held from 11-1pm on Tuesday, February 26, 2019 at Johnson-Hughes Funeral Home. Burial will follow at Egyptian Memorial Gardens in Energy. For those who prefer, memorial donations may be made to the American Cancer Society. Envelopes will be available and accepted at Johnson-Hughes Funeral Home; 201 S. 13th Street; Herrin, IL 62948.  For more information, or to sign the memorial guest register, please visit www.hughesfuneralhomes.com
To order memorial trees or send flowers to the family in memory of Geraldine "Gerry" Hays, please visit our flower store.