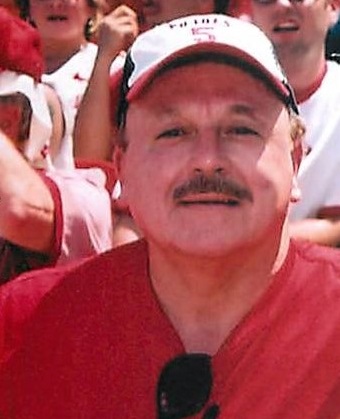 Herrin- Donald O. Vinson, 68, of Herrin, passed away at 5:49 PM, Wednesday, July 26, 2017 at Herrin Hospital. Don was born on September 5, 1948 in Herrin to James Carl and Lorene A. (Williams) Vinson. He worked for 20 years at Freeman # 6 Mine as a roof bolter. He was a hardworking man who once saved a man’s life while working in the mine. After the mine closed, he then went on to work several years as a machinist at General Cable in DuQuoin. He was a member of the United Mine Workers of America and attended the First United Methodist Church in Herrin. Don was an avid St. Louis Cardinals fan who rarely missed a game. He enjoyed spending time outdoors with his family and enjoyed both water skiing and hunting with his father in his younger years. He will be dearly missed by his friends and family. Survivors include- Son- Brett Vinson and wife Melissa of Carterville Daughter- Casey Restivo and husband Joe of O’Fallon, IL 2 Grandchildren: Makayla Kincaid of O’Fallon Xander Vinson of Carterville Brother- James Carl Vinson, Jr and wife Linda of Energy Nephews: Eric Vinson of Jefferson City, MO Ryan Vinson of Los Angeles, CA Aunt- Jane Huggins of Chatsworth, CA Former wife- Barbra Vinson of Dongola He was preceded in death by his parents and former wife- Cheryl Vinson. The funeral service will be held at 2:00 PM, Sunday, July 30, 2017 at Johnson-Hughes Funeral Home in Herrin. Rev. Bob Morwell will officiate.  Burial will follow at Herrin City Cemetery. Visitation will be from 5:00 PM until 8:00 PM, Saturday, July 29, 2017 at Johnson-Hughes Funeral Home in Herrin. Memorial donations are suggested to United Mine Workers of America and will be accepted at Johnson-Hughes Funeral Home/ 201 S. 13th St/ Herrin, IL 62948. For more information or to sign the memorial guest register, please visit www.hughesfuneralhomes.com.
To order memorial trees or send flowers to the family in memory of Donald Orien Vinson, please visit our flower store.