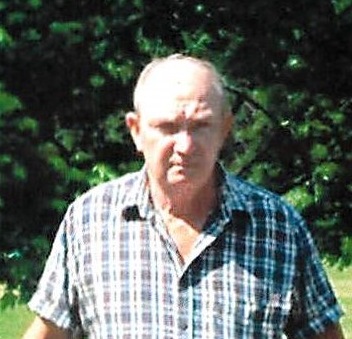 Stiritz- Charles Lavern Davie, 77, of Stiritz, passed away at 3:30 PM, Saturday, March 11, 2017 at Memorial Hospital of Carbondale. Charles was born on June 4, 1939 in Hurst to Woodrow Wilson and Louise (Nava) Davie. He married Susan Lorraine Andrew on February 17, 1962 in Sanford, NC. Together, they shared fifty five wonderful years together. She survives of Stiritz. Charles was a US Army veteran. Once honorably discharged, he began a long career working with Local 318 Union of Operating Engineers. He worked the back end of the paver for ET Simonds Construction until his retirement in 2000. He enjoyed spending time outdoors fishing and teaching life skills; like how to skin a deer and how to play cards to his grandchildren. His greatest joy however, was his great grandson- Levi. Survivors include- Wife- Susie Davie of Stiritz Son- Terry Davie and wife Connie of Herrin 3 Grandchildren: Megan Gamble and husband David of Herrin Travis Davie and Taylor Davie both of Herrin Beloved great grandson- Levi Gamble of Herrin Brother- Larry Davie and wife Sharon of Herrin Several nieces and nephews He was preceded in death by his parents, two brothers and one sister. A memorial service will be held at 4:00 PM, Wednesday, March 15, 2017 at Johnson-Hughes Funeral Home in Herrin. Rev. Don Colson will officiate. Military rites will be performed at Johnson-Hughes Funeral Home by the Herrin VFW and American Legion Posts with assistance from the Illinois National Guard. Visitation will be from 2:00 PM until time of service, Wednesday, at the funeral home. Memorial donations are suggested to a trust which will be established for his beloved great grandchild, Levi Gamble, and will be accepted at Johnson-Hughes Funeral Home/ 201 S. 134th St/ Herrin, IL 62948. For more information or to sign the memorial guest register, please visit www.hughesfuneralhomes.com.
To order memorial trees or send flowers to the family in memory of Charles Lavern Davie, please visit our flower store.