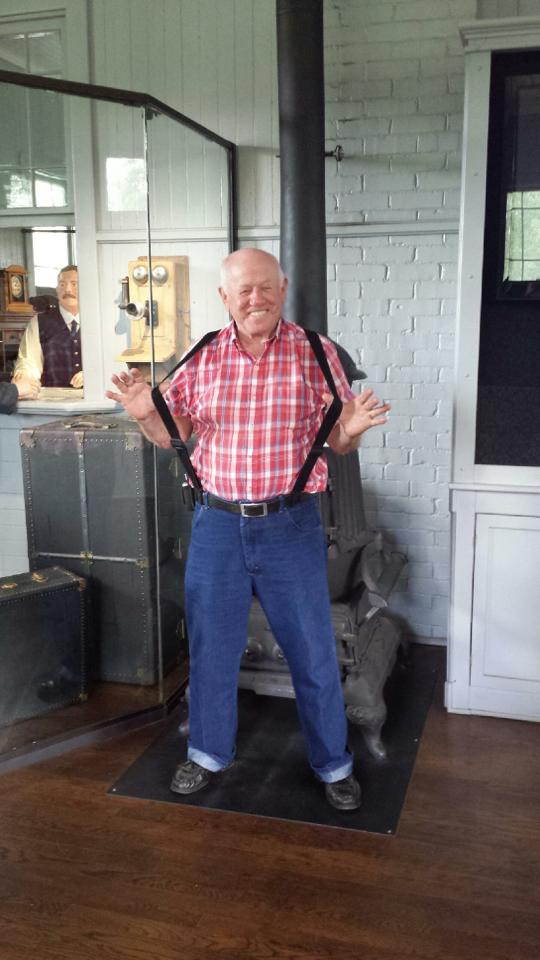 Bush- Carl Thomas Holland, age 81, departed this life at 7:47 AM, on Tuesday, October 24, 2017 surrounded by his loved ones at his home in Bush, Illinois. Carl was born in Elkton, Kentucky on July 5, 1936, the son of Henry (Ned) Holland and Jennie (Harrison) Holland. On August 7, 1954, Carl was united in marriage to Mary Lucille Maze. Together they shared over 63 years of marriage. To this union two daughters and three sons were born. Carl was preceded in death by his parents; a brother, Marvin Holland; and an infant daughter, Janet Lucille. He is survived by his loving wife, Mary, of the home; a daughter, Barbara Jean Holland of Bush, IL; three sons, Carl Laverne Holland and his wife, Julie, of Royalton, IL; Ricky Lee Holland and his wife, Geana, of Eldridge, MO; Jimmy Dean Holland and his wife, Barbara, of Vienna, IL; nine grandchildren; nine great-grandchildren; five great-great-grandchildren; a sister, Carlie Bevis and her husband, Carl, of Bush, IL; a brother, David E. Holland and his wife, Linda, of Bush, IL; several nieces and nephews; as well as, a host of other relatives and friends. At the age of eight, Carl and his family moved from the Elkton, KY area to Bush, IL. Shortly after his marriage to Mary Maze, the couple lived for a brief time in the Chicago, IL area, as well as in Bell Gardens, CA, before returning to Bush, IL to raise their family and spend the remainder of their years together. Even as a teenager, Carl demonstrated a strong work ethic as an employee of the Sangamo Electric Company near Crab Orchard, IL.  After moving to the Chicago area, he was employed by the Kroger Company where he loaded trucks. In California, Carl worked as a mechanic at a gas station.  After moving back to Bush, IL, Carl was employed by Lloyd McKinnis Trucking hauling rock and fence posts into Arkansas. Later, Carl became a member of Teamster Union #347 and was employed by and later retired from E.T. Simonds Construction Company.  Throughout the years, even after long, tiring work shifts, Carl could be found in his garage well into the early morning hours doing mechanic work for local residents and businesses. Carl was a member of Royalton Apostolic Church. His family was blessed by Carl’s deep love and faithfulness.  Family and friends have lifelong memories of Carl’s generosity, and his willingness to lend a helping hand to anyone in need. Carl never met a stranger and never made an enemy. Carl’s hobbies included motorcycles, racing, boating, jugging, camping and horses.  He especially enjoyed spending time with his grandchildren. Carl also had a special affection for his loyal pet and beloved companion, Buddy.  Carl could often be seen riding his golf cart with one or more grandchild and/or Buddy onboard. Funeral services will be held at 11:00am on Monday, October 30, 2017 at Johnson-Hughes Funeral Home in Herrin with Brother Donald Maas, Jr officiating. Burial will follow at Blairsville Cemetery. Visitation will be held from 5-8pm on Sunday, October 29, 2017 at Johnson-Hughes Funeral Home in Herrin. In lieu of flowers, the family requests donations be made in Carl’s memory to the Siteman Cancer Center of St. Louis Primary CNS Lymphoma Fund through Johnson–Hughes Funeral Home at 201 S. 13th Street, Herrin, IL 62948 or Siteman Cancer Center of St. Louis at 7425 Forsyth Blvd., CB 1204, St. Louis, MO 63105. Online donations may also be made at https://siteman.wustl.edu For more information, or to sign the memorial guest register, please visit www.hughesfuneralhomes.com.
To order memorial trees or send flowers to the family in memory of Carl Thomas Holland, please visit our flower store.