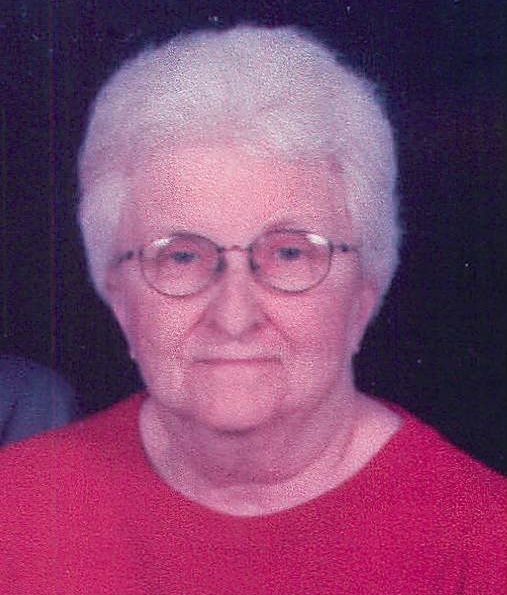 Energy- Betty M. “Miss Betty” Summers, 80, of Energy, passed away at 9:24 AM, Saturday, April 23, 2016 at Herrin Hospital. Betty was born on August 18, 1935 in Herrin to Joe and Mabel Marie (Sellars) Helms. She married the love of her life, Lloyd Summers, next door to a meat packing house in Boskeydell. He survives of Energy. Betty worked 22 wonderful years as a teacher to the two year olds and infants at Totland Daycare in Energy. She was proud to work as a teacher for Peggy and Lindell Coriasco, who she considered close friends as well as employers. She retired in 1994. She was a longtime member of Lone Oak Baptist Church in Energy where she held many positions from Vacation Bible School teacher to helping with luncheons. Betty enjoyed going to Church twice on Sunday and on Wednesday evening and spending time with church friends afterwards, either eating lunch or riding the train to the Centralia House. She was affectionately referred to as Miss Betty by most everyone who knew her. She was civically active as well. She was the first female trustee to be appointed to the Energy Village Board and then elected to the position by the public. She volunteered her time raising money for Easter Seals and the American Cancer Society and even played “Donkey Basketball” for a local charity. She and Lloyd most recently attended Parkinson’s Support groups. Betty was an avid supporter of all Herrin Tiger Athletics. In her earlier years, Betty was a talented softball player and coach. She played on a travelling women’s fast pitch softball team across the tristate area. She played shortstop, second base, pitcher and catcher until her 40’s. As a coach, she touched many lives and made great memories. Survivors include- Husband- Lloyd Summers of Energy Daughter- Kendra Brewer of Herrin Daughter- Lynette Gray of Dallas, TX Daughter- Michele Summers of Nashville, TN Son- Master Sgt. Matthew Summers and wife Nam Kyang of Osan Air Base in South Korea Seven grandchildren plus one on the way Five great grandchildren Sister- Crickett Ladd and husband Mike of Corinth Numerous nieces and nephews and many close friends She was preceded in death by her parents and one brother- James South. The funeral service will be held at 11:00 AM, Tuesday, April 26, 2016 at Lone Oak Baptist Church/809 Ryan Drive/ Energy, IL 62933. Pastor David Dyer will officiate. Burial will follow at Herrin City Cemetery. Visitation will be from 5:00 PM until 8:00 PM, Monday, April 25, 2016 at Lone Oak Baptist Church in Energy. Funeral arrangements were made through Johnson-Hughes Funeral Home in Herrin. Memorial donations are suggested to the Lone Oak Baptist Church/ AWANA Program or to a charity of the donor’s choice and will be accepted at Johnson-Hughes Funeral Home/ 201 S. 13th St. / Herrin, IL 62948. For more information or to sign the memorial guest register, please visit www.hughesfuneralhomes.com.
To order memorial trees or send flowers to the family in memory of Betty M. Summers, please visit our flower store.