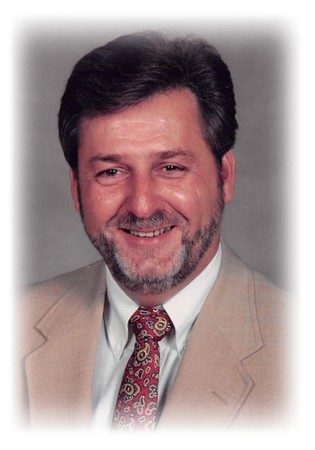 Barry Arnold passed away on Friday, June 28, 2019 following a long illness. He was cared for by his loving caregivers from Hospice of Southern Illinois; Cheryl, Ramone, Janet, Vicky, and Christine as well as his wife and family and friends. He was totally at peace with going home and spending brighter days with the Lord and his family in heaven.

Barry was born on Fifth Street on February 27, 1942 in Marion. He and his three brothers, Terry, Nathan, and Jay were the children of J.B. Arnold and Vaudine Edmonds Arnold.

He loved playing baseball and basketball. As an Eagle Scout he was proud to have helped build the road at the Little Grassy Lake. Barry was a Cardinal fan and a Saluki fan and a member of the SIU Alumni Association.

After graduating from Marion High School he attended SIU and was employed as a civil service employee at the campus post office. Barry finished his education degree and started his career as a teacher at the Marion Junior High School teaching math and enjoying his time with students and teachers.

He and Judy Hudgens were married in 1963 and would have celebrated their 56th year of marriage on November 30th.  He loved his wife and children, Mark and Sally, and his son-in-law Joe Pearce.

Barry loved music and always knew the artist and often the songwriter. He had been an avid reader. He was an accomplished gardener with a love for the outdoors and the Marion Country Club where he had served in several capacities on the board during the last 47 years. Barry had an appreciation for cars and travel. He had a great sense of humor which will be remembered by many students and friends.

God bless you Barry Arnold and rest in peace. We will see you in heaven.

Memorial services will be held on Wednesday, July 3, 2019 at 12:30 pm at Aldersgate United Methodist Church with Rev. Lance Leeds and Rev. Jim Slone officiating. Inurnment will follow in Rose Hill Cemetery. Visitation will be Wednesday from 10 am until the time of service at the church. Mitchell-Hughes Funeral Home is assisting the family with arrangements.

For those who prefer memorials may be made to Aldersgate United Methodist Church or Hospice of Southern Illinois. Envelopes will be available the day of the service at the church or by mail to Mitchell-Hughes Funeral Home, 800 North Market Street, Marion, Illinois 62959.

To order memorial trees or send flowers to the family in memory of Barry D. Arnold, please visit our flower store.