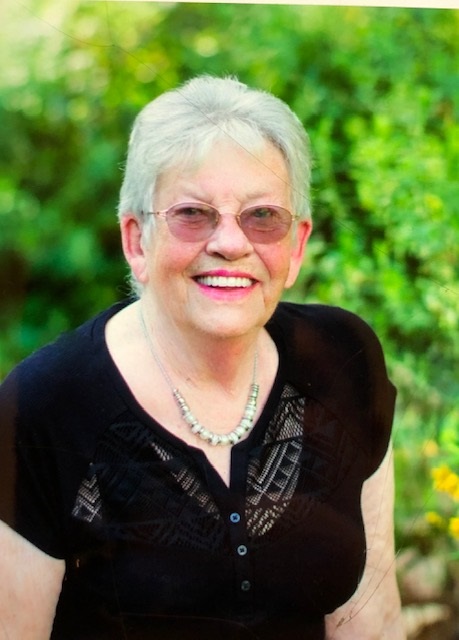 Herrin- Barrie E. Penninger, 76, of Herrin, passed away at 7:39 AM, Friday, December 14, 2018, at her home. Barrie was born on August 28, 1942 in Herrin to Edward and Bettie E. (Davies) Smith. She married Robert Penninger on September 13, 1969 at Lone Oak Baptist Church in Energy. He preceded her in death on December 21, 2011. She was a hardworking woman who began her career at Boren’s IGA in Herrin. Next she worked at Allen’s, Sheller Globe and later Norge. She retired from Egyptian Manufacturing in Murphysboro. After retirement, she began Barrie’s Bookkeeping and would do taxes for people. She owned an H&R Block franchise for a short time also. She was Baptist and enjoyed attending social events with the retired teachers group that her husband was a member of. She enjoyed bowling and spending time outdoors fishing and watching barges with her husband at their cabin in Golconda. She also enjoyed watching hummingbirds, spending time with her grandchildren, crocheting, watching her beloved St. Louis Cardinals and watching the NCAA basketball tournament. She liked ANY team which beat Duke. She will be dearly missed. Survivors include- Twin daughters- Stacey Penninger of Herrin and Tracey Skuta and husband Philip of Farmington, MO Son- Jody Threlkeld of Herrin Three grandchildren- Samantha, Tabitha and CJ Skuta all of Farmington, MO Brother- John Smith of Herrin Several nieces and nephews and great nieces and nephews She was preceded in death by her parents, husband and her son- Paul Penninger. The funeral service will be held at 11:00 AM, Monday, December 17, 2018 at Johnson-Hughes Funeral Home in Herrin. Rev. Ralph Brandon will officiate. Burial will follow at Egyptian Memorial Gardens in Energy. Visitation will be from 5:00 PM until 7:00 PM, Sunday, December 16, 2018 at Johnson-Hughes Funeral Home in Herrin. Memorial donations are suggested to Hospice of Southern Illinois and will be accepted at Johnson-Hughes Funeral Home/ 201 S. 13th St/ Herrin, IL 62948. For more information or to sign the memorial guest register, please visit www.hughesfuneralhomes.com.
To order memorial trees or send flowers to the family in memory of Barrie E. Penninger, please visit our flower store.