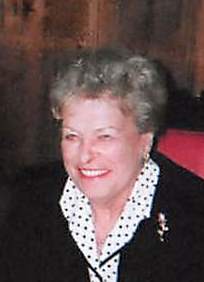 Patricia J. Casares, 76, of Marion formerly of Streamwood, Illinois, passed away on Wednesday, October 26, 2016 at 4:25 am at Heartland Regional Medical Center.  Patricia was born January 7, 1940 in Chicago the daughter of Michael John and Helen (Maciejewski) Plachy.  She married William Kreutz, II on October 4, 1958 and he preceded her in death.  She later married Edward Casares and he precedes her in death.  She was the activities director for an assisted living facility in Devonshire, Illinois. After retirement Patricia moved to Southern Illinois where she volunteered at the Lighthouse Shelter and enjoyed gardening and doing crafts.  She was a member of the Freedom Baptist Church.  Survivors include her; Son – William Kreutz and wife Connie of Woodstock Sister – Barbara Hejmanowski Sister – Constance Engels and husband Patrick Brother – Dennis Plachy and wife Diana Sister-in-law – Elaine Plachy Several nieces, nephews and lifetime special friend Helen Dempsey  Preceded by her Parents, Husbands, Son – Brian Michael Kreutz, Sister – Diana Marie Plachy, and Brother Michael John Plachy  Funeral services will be Saturday, October 29, 2016 at 12 pm at Freedom Baptist Church in Marion with Pastor Edward Krantz officiating.  Burial will follow in Freedom Cemetery.  Visitation will be Saturday from 9 am until the time of service at the church.  Mitchell-Hughes Funeral Home in Marion is assisting the family with arrangements.  For those who prefer memorials may be made to the Freedom Baptist Church.  Envelopes will be available and accepted at the church on the day of the service or by mail to Mitchell-Hughes Funeral Home, 800 North Market Street, Marion, Illinois  62959.
To order memorial trees or send flowers to the family in memory of Patricia J. Casares, please visit our flower store.